The Revolution Will Be Digitized?: Anti-racist and feminist perspectives

From the 1980’s onwards activists have used emergent online technologies to find community and build movements for gender and racial justice. The internet offered the possibility of connections across geographic and cultural borders. From the early days of online gaming and chat rooms in the 1980’s to the present-day use of social media hashtags like #believesurvivors, #metoo, #blacklivematter, and #oscarssowhite, the internet has been a useful tool for bringing activists together.

However, events like #gamergate also illuminated what many marginalized activists already knew – that men’s rights activists and other misogynistic, white supremacist groups were using the internet to organize online campaigns of harassment, which had real-life consequences for the individuals targeted. Additionally, activist reliance on digital technology and social media also raises the risks of government surveillance and repression.

This panel will explore a range of issues relating to the emergence of online anti-racist, feminist activism. The panel also considers anti-racist, decolonialist perspectives on the history of surveillance and digital technology.
Please send a paper abstract (maximum of 500 words), and a 350-word (or less) biographical statement, to kja45@sfu.ca by January 3rd.

•    The importance of online communities for marginalized youth.

•    The use of digital surveillance in the context of emotional abuse and domestic violence.

•    BIPOC and white women, queer, and trans people’s involvement in online gaming, from the 1980’s to the present day.

•    Digital technology projects such as FemTechNet and Fembot Collective.

•    The use of social media and digital technologies in government surveillance.

•    Historical forms of surveillance against Black and Indigenous peoples, and immigrants. 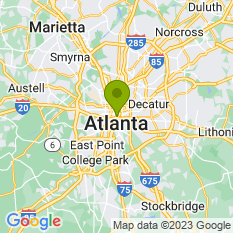