This conference will bring together scholars and practitioners to explore the resonances between digital networks and “older” (perhaps still emergent) systems of circulation; from roads to cables, from letter-writing networks to digital ink. Drawing on recent research in media archaeology, we see network archaeology as a method for re-orienting the temporality and spatiality of network studies. Network archaeology might pay attention to the history of distribution technologies, location and control of geographical resources, the emergence of circulatory models, proximity and morphology, network politics and power, and the transmission properties of media. What can we learn about contemporary cultural production and circulation from the examination of network histories? How can we conceptualize the polychronic developments of networks, including their growth, adaptation, and resistances? How might the concept of network archaeology help to re-envision and forge new paths of interdisciplinary research, collaboration, and scholarship?

The conference will trace continuities and disjunctures between a variety of networks, including telecommunication networks, distribution systems for both digital and non-digital texts, transportation routes, media storage (libraries, databases, e-archiving), electrical grids, radio and television broadcast networks, the internet, and surveillance networks. We seek to address not only the technological, institutional, and geopolitical histories of networks, but also their cultural and experiential dimensions, extending to encompass the histories of network poetics and practice. The proceeds of the conference will form the basis for a substantial publication on Network Archaeology.

This conference is organized by the Miami University Humanities Center and is the final event in a year-long series entitled “Networked Environments: Interrogating the Democratization of Media.” It is a companion to our Fall 2011 symposium, “Networks and Power,” on November 17-18th featuring panels, interventions, and keynote presentations by Wendy Chun (Brown University) and Lisa Parks (UC Santa Barbara), that interrogate the interrelationships between networked environments, both old and new, and varied forms of power. The “Networked Environments” series, involving an interdisciplinary group of ten humanities scholars, seeks to show how the network dynamics so crucial to contemporary political developments have deep and perhaps unexpected roots in the histories of earlier forms of information production and circulation.

We welcome presentations of academic research and artistic projects on contemporary and historical network studies. Please send abstracts of 250 words and a short bio to cris cheek (cheekc@muohio.edu) and Nicole Starosielski (nicole.starosielski@muohio.edu) by November 29, 2011.

Lisa Gitelman, Associate Professor of Media and English at New York University, and author of Scripts, Grooves, and Writing Machines: Representing Technology in the Edison Era (2000), New Media, 1740-1915 (2004), and Always Already New: Media, History, and the Data of Culture (2008).

Richard R. John, Professor of Journalism at Columbia University, and author of Spreading the News: The American Postal System from Franklin to Morse (1995) and Network Nation: Inventing American Telecommunications (2010).

Alan Liu, Professor of English at the University of California, Santa Barbara, and author of The Laws of Cool: Knowledge Work and the Culture of Information (2004) and Local Transcendence: Essays on Postmodern Historicism and the Database (2008). 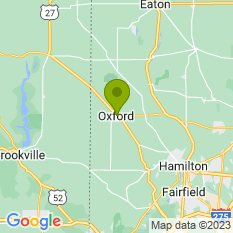