CfP: GOVERNING ACADEMIC LIFE Conference at the London School of Economics and Political Science and the British Library

The impetus for this event is the set of changes currently sweeping across UK higher education, which include cuts in direct public funding, new financing arrangements that are calculated to bring private equity into the sector and foster competition between providers, the likely emergence of new corporate structures for HEI’s which will open the sector to commercial providers, the separation of elite from mass higher education and the globalization of ‘trade’ in HE services; but also (and relatedly) the continuing development of instruments for rendering student-teacher interactions visible and comparable, and for calculating and governing the impact, influence and value of academic research.

Governmentality research is featuring strongly in the debates around some of this. Yet though largely ‘diagnostic’ in nature, it is increasingly being enlisted as groundwork for the radical critiques and alternatives offered by autonomist Marxist theorists of cognitive capitalism and immaterial labour. Meanwhile, critical theorists who idealise a public sphere of rational-critical debate (with ‘the idea of the university’ at its heart) are struggling to re-define what makes the university (a) public and to re-think the terms of its engagement with the wider economy and society in less radical ways – often without problematising the forms of (Foucaultian) government, or of complicity with capitalism’s logic of accumulation, that are necessarily involved with these reconstructions.  This conference aims to bring together leading contemporary scholars and activists who draw on one or more of these traditions for a series of mutually challenging discussions.

In general, the conference will be oriented by the concern to think critically about the conditions of possibility of the academy today – where ‘conditions of possibility’ could mean governmental assemblages of one kind or another, capitalist production relations, the forces defining how different capitals (economic, social, cultural, symbolic) register within the academic field, or quasi-transcendental presuppositions of communication. Participants will ideally aim to explore how we might think across these usually distinct ways of both conceiving what the university is and contesting what it has become.

Specific foci of debate may include:

Additional ideas for panels and themes are welcome. 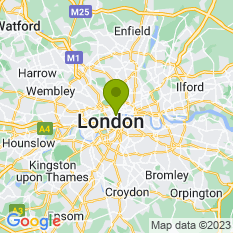