The Medieval Studies Program at Cornell University is pleased to announce its twenty-seventh annual colloquium, which will take place on the 25th of February at the A.D. White House on Cornell’s Ithaca, NY campus.

This year’s colloquium will be focused around ‘devotional bodies’. Conceptualised as the image of the Lord, and yet simultaneously a vehicle of profanity, the human body elicited numerous responses through Late Antiquity and the Middle Ages. From the apatheia and ‘spiritual athletics’ of the monks of the Egyptian desert,  to the flagellants of the late-medieval West (to name but two examples), the body and its regulation was of prime concern for religious men and women. In a broader sense, it was through the bodily orientation, gestures, and responses of the liturgy that Medieval Christians approached and experienced the Divine. In sum, the body lies at the heart of medieval concepts of devotion. We are taking our theme in a broad sense to signify the role of the body in medieval religious practice, ritual, and literature. Specifically, we are interested in papers that interrogate the intersection of the body, the self, and devotion in the Medieval world, and encourage a cross-disciplinary conversation on how embodied experience is conceptualised in medieval thought.

In addressing our conference’s theme, participants might consider topics including, but not limited to:

We invite graduate students to share twenty-minute presentations on subjects between Late Antiquity and the Renaissance inclusively. Furthermore, we welcome submissions that that expand these themes and categories of inquiry beyond Christian, Western European contexts. We invite submissions in all disciplines allied to Medieval Studies, including literature, history, the history of art, archaeology, philosophy, theology, Near Eastern Studies, and others. Abstracts on all topics will be considered, though priority will be given to those which address our thematic strand. 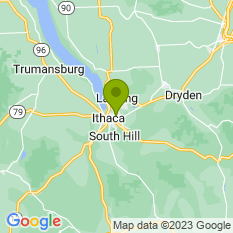