Keynote: William G. Staples, Paul and Helen Roofe Professor of Sociology and Founding Director of the Surveillance Studies Research Center at the University of Kansas

The tracking, sharing, and analysis of data significantly influences almost all aspects of modern life. Nowadays we participate more than ever in our own surveillance. Our private data in the form of “data doubles” – an accumulation of transactional data, personal information, and lifelogging – builds an essential part of our identities, which results in a fusion of analog and digital realities and blurs the lines between watching and being watched. We may revel in the commercialization of personal data when it promises to entertain or assist us, but we often underestimate the repercussions of “data love,” a term coined by Roberto Simanowski to describe the wish of consumer society for an ever increasing data flow. This love for data does not simply express a desire to share data, but also promises an increase in social interaction, benefits, and access to a community, which comes with a hefty price, namely, loss of privacy. This everyday surveillance, according to William G. Staples, is “being built on a foundation of seduction, desire, fear, and salvation.” In our post-Snowden era we bear witness to tremendous challenges of individual privacy protection from government intelligence agencies under the guise of national security.

Shaped by the erasure of privacy in domestic espionage practices by Soviet-style surveillance in the GDR; 21st Century German intellectuals, artists, and policy makers alike developed a strong and unique voice in the face of contemporary surveillance. This voice resonates in films such as Christian Petzold’s Barbara, which depicts the experience of the GDR’s society of control, as well as in the petition “Writers Against Mass Surveillance” from 2013 that was initiated by contemporary authors including Ilja Trojanow and Juli Zeh, and signed by over 560 authors worldwide. While contemporary theatre and film producers like Angela Richter and Laura Poitras experiment with the aesthetics of surveillance, opening up a space to reflect on mechanisms of control on the individual level, images of watching and being watched pervade the history of German literature and culture. Goethe’s “Turmgesellschaft” in Wilhelm Meister’s Lehrjahre describes par excellence a secret society that monitors the protagonist’s coming of age. The gaze plays an important role in E.T.A. Hofmann’s Der Sandmann, which is mirrored on various levels of narration. Additionally, Ulrich Peltzer’s Teil der Lösung reflects upon the impact of contemporary video surveillance in everyday life. Through channeling the unique perspective of the German historical, artistic, and intellectual engagement with surveillance, our conference strives to investigate the aesthetics and the impact of global surveillance on the individual.

The German Graduate Student Association of Vanderbilt University welcomes 20-minute presentations of any format from all disciplines on topics, including but not limited to, the aesthetics of surveillance as depicted in: literature, arts, multimedia projects, music, history, politics, law, sociology, media studies, computer science, American and German culture surrounding data, and, of course, surveillance studies.

In the light of the complex connections between the arts and surveillance we are particularly interested in the following topics:

Please submit a 250 word abstract to vu.ggsa.grad.conference@gmail.com by Dec. 8th 2016. Include your name, departmental affiliation, and contact information, as well as any equipment needed. The conference will be conducted in English. Further information: https://studentorg.vanderbilt.edu/ggsa/ 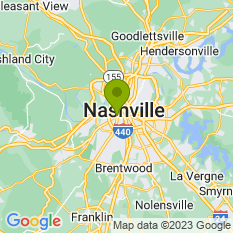