The 7th Global Conference ‘Europe Inside-Out: Europe and Europeanness Exposed to Plural Observers’ aims exactly to refresh a broader approach and understanding of Europe by enlarging the platform of regular conferences and workshops for a wider arena of participants and disciplinary backgrounds in order to put on stage a worldwide monadology for such concerns. The conference aims also to enable critical alternatives to the disciplinary orthodoxies by creating a framework for interaction and dissemination of diversity that has to become once more a European trademark.

What is Europe and its place in the world? Is there something particular that sedimented in time and through a controversial history a European way? How does Europe see itself and how do others see it? Is Europe inclusive or club-based exclusive? Is Europe becoming a normative power or just envisages itself as one? Is the European multiculturalism a fact or an ideal? Is the European Union a reflection of Europe or an appropriation of it? Is Europe becoming a post-national cosmopolitan order or a persisting community of national states? How does the current political context after the US presidential elections challenges Europe? Is the EU able to resist the rise of populist and nationalist movements? These are just few questions out of an enormous space for inquiry that are to be addressed and confronted within the topic of the conference. Join us!

The conference is addressed to academics, researchers and professionals with a particular research interest on Europe from all parts of the world. Post-graduate students, doctoral candidates and young researchers are welcome to submit an abstract. Representatives of INGOs, NGOs, Think Tanks and activists willing to present their work with impact on or influenced by specific understandings of Europe are welcomed as well to submit the abstract of their contribution. Euroacademia favors multidisciplinary approaches, critical thinking and new research methodologies.

The conference will take place in the conference premises of the exclusive 5 stars Hotel Infante Sagres, centrally located in the historic heart of Porto, within a walking distance from many major cultural attractions.

For on-line applications and complete details of the event before applying please see the conference website:

Applications are reviewed regularly by the Selection Committee and in order to facilitate best travel arrangements, an answer to an application is provided in maximum 5 working days. 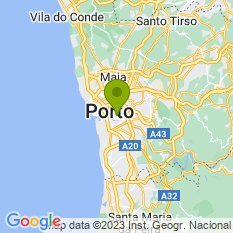