Paper proposal submissions (300 words) should be sent
by November 18, 2013 to postman.nyu@gmail.com (with "Call for Papers" in the subject).

The study of media and communication has long been preoccupied with revelation—the bringing to light of some overlooked, hidden or suppressed knowledge and the promise of an authoritative or transforming truth. Recently, we have seen this interest in the examinations of transparency across government and industry, explications of complex technologies and infrastructures, and appraisals of media representation and visibility. In these investigations, the process of unveiling often emerges as both the impetus of critique as well as a preferred critical maneuver. But acts of revealing take many forms, from unauthorized leaks to strategic unveilings. Likewise, their outcomes may be as readily associated with transparency, openness, and recognition as with exposure, surveillance, and control.

This conference will seek to critique and explore the many conceptual permutations of “the reveal” and their potentials, demands, implications and limitations. In doing so, we hope to move beyond the recovery and uncovering of knowledge or the adjudication of truths that may be unveiled. Such efforts may attend to further questions of what knowledge does, how it moves, and what it means to know and make known, particularly in cultures characterized by the expanding scale and velocity of information. What happens after the black box is opened? After the ideology is explicated? The NSA leaks reported, the infrastructure acknowledged, or the minor history finally told? In short, what work and questions remain—after the reveal?

We invite papers from across a range of disciplines that address “reveals” in their many forms and functions. Possible topics areas might include (but are certainly not limited to):
KEYNOTE: Paul Edwards, Professor in the School of Information and Department of History at University of Michigan, will deliver the keynote. Edwards is the author of A Vast Machine: Computer Models, Climate Data, and the Politics of Global Warming and The Closed World: Computers and the Politics of Discourse in Cold War America and the Co-Editor of the Infrastructures book series from MIT Press. 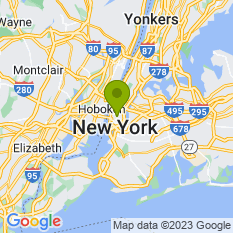