Beam Camp, the summer camp for the fine and manual arts, technology and collaboration, announces its annual international search to find its 2015 Beam Projects. The large-scale collaborative projects are realized by Beam campers, aged 10-17, and staff at the camp’s 106-acre facility in Strafford, New Hampshire.

Projects are budgeted at $12,500. Winning designers receive a $3,000 honorarium, travel costs, and are invited to visit camp during the project’s production. Proposals can be submitted on the Beam Camp website until Sunday, January 18, 2015 with Semi-finalists announced on Monday, January 26, 2015. (submission page: http://www.beamcamp.com/project-proposal/).

Beam offers these prompts for proposals:

Beam Camp Co-Director Danny Kahn says of the Project, “it’s a chance for kids to walk around inside the mind of a designer of big things and systems. The kids get to learn project-specific making skills and practice the tools of collaboration, and more importantly see how to bring to life a passionately held and expertly developed idea.” 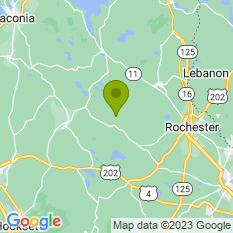