This is a Call for Papers for a conference bringing together international discussion of suicide and attempted suicide. Over one million people worldwide die from the deliberate ending of their own lives each year. Attempted suicide is beset by definitional problems, but we can broadly describe it as a serious attempt to end one’s own life. Suicide can be an ambiguous act, a cry for help that goes too far, or an ambivalent intention that fails to perceive the consequences for family, friends or community. Assisted suicide is a contentious aspect, both in current medical practice, and in society at large. Historically, suicide has been a vehicle for distinctive political or religious statements. Durkheim’s four categories – egoistic, altruistic, anomic and fatalistic – are even more resonant today than when he first formulated them.

Suicide has an associative but non-causal link with self-harm, and those who deliberately self-harm have a risk of suicide some 100 times greater than the general population. The UK is estimated to have one of the highest rates of deliberate self-harm in Europe, at 400 per 100,000 population (Self-poisoning and self-injury in adults, Clinical Medicine, 2002). It is hard, however, to arrive at definitive rates since self-harm is often practised secretly. Like suicide, it carries considerable stigma.

Gender, too, is a significant marker in the study of suicide, with the incidence of completed suicide very much higher in males than females, for all age groups and in most societies where recording occurs. In England and Wales, for instance, the male rate is three times higher than the female rate, and is the leading cause of death in the age group of males aged 20 – 34 years. A notable exception in the gender pattern is China where female suicides equal or exceed male rates.

Societal responses to suicide have ranged widely across the spectrum, from encouragement or acceptance to outright criminalisation of the act. Suicide and attempting suicide have historically been considered crimes in many societies, and in England and Wales, for example, suicide itself was decriminalised as recently as 1961. Assisting suicide, however, remains a crime. There is pressure to change the law following some test cases, so as to permit assisted dying. This presents modern medicine, law and ethics with particular complexities since it runs counter to several core principles in those bodies of knowledge and practice. The stigma attaching to suicide can be traced historically to prevailing religious doctrines, and yet some cultures and sub-cultures have advocated suicide. Currently there are on-line sites that encourage or facilitate it.

There is a wide range of counselling and other therapeutic interventions and treatments associated with suicidal and self-harming states of mind, and these therapeutic approaches are also used to help deal with the painful aftermath of a completed suicide. Art and music therapies have been used to help sufferers deal with suicidal states of mind. Suicide and self-destruction are highly expressive aspects of the human condition, and, as such, have been fertile grounds in literature and art, producing a rich and poignant body of creative work.

Papers on suicide, attempted suicide, suicide and self-harm, and assisted suicide that begin from the following initial points of departure are welcome, as well as those who have an innovative approach unrelated to the following areas:
• Patterns, correlations, causes, relationship with self-harm, associated risk factors, institutional settings, relationship with political or religious ideology, personal and societal trajectories, prevention and therapeutic interventions, settings, histories and anthropologies, familial and social consequences, victims, professional responses, literary instances, and associations with creativity
• Links with drug addiction, with political activism, with religion conviction and ideas of sacrifice and redemption
• Themes in storytelling, in film and in theatre
• Philosophical links with ethics and theories of the self

Further details and information can be found on the conference website:
http://www.inter-disciplinary.net/probing-the-boundaries/persons/suicide...

Call for Cross-Over Presentations
The Suicide project will be meeting at the same time as a project on Interculturalism. We welcome submissions which cross the divide between both project areas. If you would like to be considered for a cross project session, please mark your submission “Crossover Submission”.

What to Send
300 word abstracts, proposals and other forms of contribution should be submitted by Friday 26th February 2016.
All submissions be minimally double reviewed, under anonymous (blind) conditions, by a global panel drawn from members of the Project Team and the Advisory Board. In practice our procedures usually entail that by the time a proposal is accepted, it will have been triple and quadruple reviewed.

You will be notified of the panel’s decision by Friday 11th March 2016.
If your submission is accepted for the conference, a full draft of your contribution should be submitted by Friday 3rd June 2016.

a) author(s), b) affiliation as you would like it to appear in programme, c) email address, d) title of proposal, e) body of proposal, f) up to 10 keywords.
E-mails should be entitled: Suicide Abstract Submission 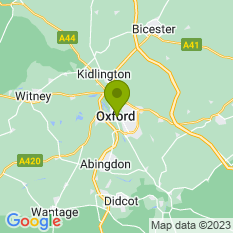