At the conclusion and outermost narrative boundary of Huckleberry Finn, Huck says to Jim, “I reckon I got to light out for the territory ahead of the rest, because Aunt Sally she’s going to adopt me and sivilize me, and I can’t stand it.”  As readers have noted, Huck’s adventures up to this point have shown him the contrast between the free and wild “Indian” territory and the mapped world of “sivilization.”  However, today the distinction between map and territory that seemed so intelligible to Huckleberry Finn’s readers has eroded to a new, productive point of instability.

This change in the map/territory relation has reached a new intensity in contemporary American literature.  As Fredric Jameson has noted, postmodernism is at least partly described by this breakdown, this failure of “cognitive mapping,” which can be understood as the inability to aesthetically map political and historical territory.  If contemporary literature is currently developing styles of “post-postmodernism,” it is equally valid to consider the ways that the practices and concerns involving map and territory are also shifting.

This panel will ask how the relationship between map and territory is changing in the reception and production of recent literature of the Americas and beyond.  We invite papers that address the following questions: 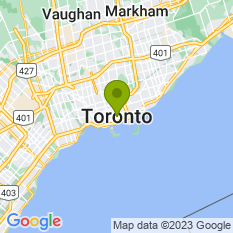