Call for Papers: The IAFOR International Conference on the City: "Fearful Futures: Cities in the Twenty-First Century"

We have reached a moment in international history that is one of potential paradigm shift. It is a moment when a problematic, but at least blandly progressivist, pro-multiculturalist movement toward “cosmopolitanism” (as Kwame Anthony Appiah might use the term) is being threatened by a far more destructive and potentially genocidal ethno-nationalism, the ferocity of which is fuelled by economic disparity, religious intolerance and retrograde ideologies regarding gender, race and sexuality.

In June 2017 an “International Municipalist Summit” was held in Barcelona under the banner “Fearless Cities”. The summit brought together mayors and municipal representatives from across the world over three days. “Fearful Futures: Cities in the Twenty-First Century” must obviously deal with parallel paradigms of concern as the Barcelona summit. However, the very title of that summit has an undertow of optimism. “Fearful futures” signals a concern that the future/s awaiting inhabitants of cities, towns and villages across the world during the remainder of the twenty-first century may be plagued by problems that have remained unresolved in the first eighteen years of this century. What kind of future awaits young people and the children being born today? Can we turn our societies around to re/create urban areas that are not only sustainable but safe for all inhabitants regardless of race, religion, gender, sexuality and class? The challenge is enormous, perhaps impossible, and thus the future indeed fearful.

This international and interdisciplinary conference will bring together a range of academics, independent researchers, artists and activists to explore the challenges that we face in our twenty-first-century cities.

This conference will be held in parallel to The IAFOR International Conference on Global Studies 2018 (Global2018), and will provide a counter to the localised perspectives that can easily obscure the simple fact that many of the world’s major cities have now become, more than ever, global portals and places of international exchange. Registration for either of these conferences will allow participants to attend sessions in the other.

We invite academics from around the world to join us in the fascinating historical, cultural and artistic centre of Barcelona, to exchange ideas and participate in the continuing story of this city.

In conjunction with our Global Partners, including the University of Barcelona, we look forward to extending you a warm welcome in 2018. 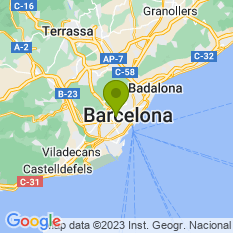