Bring Your Own Beamer - San Antonio, Texas. The Lullwood Group & Norberto Gomez Jr present a one-night exhibition featuring artists and their beamers (projectors). A call to all artists: Do you utilize projection in your work? Do you have your own projection device and would like to be a part of BYOB-SATX? If so, please contact The Lullwood Group at thelullwoodgroup@gmail.com or info@norbertogomezjr.com for details.******************BYOB is a series of one-night exhibitions hosting artists and their be

amers (projectors). All artists are invited to show work during BYOB-SATX, with the only requirement being they provide their own projector (open to interpretation) and work. Installation is free-form, with artists reacting to the space and their fellow beamers throughout the night. First initiated by Rafaël Rozendaal in 2010, over 80 BYOB events have taken place throughout the world, from Berlin and Tokyo, to San Francisco and New York City.
BYOB-SATX is facilitated and organized by The Lullwood Group of San Antonio and Norberto Gomez, Jr., an artist and writer based in Richmond, Virginia.

More details: beamers, or projectors, may consist of the typical digital projector used by computers or your television, or that elementary overhead projector, or a child’s toy. Other “screen” material like computer monitors or televisions are also acceptable. BYOB-SATX is also open to creative interpretations of the “projector,” light & dark as medium, the moving image, music/sound/noise, installation, and shadow-performance.
Make sure to bring your cords, dvd players, computers, vcr, etc. and extra power strips is always helpful.

“Interactivity is usually a means to an end. What if it is a destination?”
-Rozendaal, Blog Post October 19, 2010.

To be “social” and “interactive” is redefined, and the question is, “What is our destination?” Current interactions now conflate the virtual with reality. With real friends now also virtual friends, avatars and a former pseudonymous identity are seemingly in the minority. Protests consist of animated GIFs and text-based inside-jokes as memes, and the accepted practice is a like4like and a share4share. Hope for viral superstardom. Buy the idea of me that I am selling. The net/web formerly served some as an escape. The net/web may now serve as an overwhelming glocalism, a hometown to get away from. This is not a call for disappearance (although, acceptable), but a critical reengagement with the connection. The destination is the “offline” space. A time-off from the perpetual-know; an ephemeral one-night stand. BYOB, San Antonio. 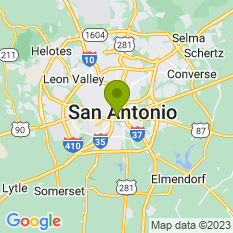