Borders and Walls: A Cultures and Societies Inclusive Interdisciplinary Conference

Borders and Walls
A Cultures and Societies Inclusive Interdisciplinary Conference

Borders and Walls considers the development of borders, boundaries, fences and walls over time, the forces that influenced their creation in the past, the influences affecting border creation and maintenance today, along with the anticipation of their evolution and development in the future.

The original ‘borders’ were primarily natural, usually marked by mountains, deserts, rivers and oceans. The creation of human settlements and communities led to the division of the land they occupied.  While natural border features were usually a useful starting point, it increasingly became necessary to create artificial and relatively arbitrary lines on maps to signify borders between one community and another. Over the past 500 years, they began creating borders between one nation and another.

Today we see the bolstering of borders between nations and within nations, leading to increased restrictions and barriers in the movement of people, animals, business, commerce across border points. This inclusive interdisciplinary conference will consider, amongst other things, national and domestic borders based on identity, language, privilege, money, law/legality, insider-outsider, racism.  It will also explore the difference between the concepts of ‘borders’ and ‘walls’ and why it appears to have become important with a view to forming a selective publication to engender further collaboration, research and discussion.

Key topics, themes and issues for discussion may include, but are definitely not limited to:

The relevance of borders, boundaries and walls in today’s world. Borders, boundaries, barricades, walls, fences and sovereignty: the different approaches taken by different nations and communities and the factors affecting the approach taken. Lessons (if any) to be learned from these.  A comparison and the current status of border and border wall-building activity – what’s being done and by who?  What forms are borders and border walls taking?  What are the property rights issues associated with border walls?

Some reports suggest that up to 77 border walls, and partial border walls, have been erected since World War Two. These include walls or fences between India and Pakistan, India and Bangladesh, Georgia and South Ossetia, North and South Korea, Bulgaria and Turkey, Spain and Morocco, Botswana and Zimbabwe, Malaysia and Thailand, Morocco and  West Sahara, to name a few.  Have these achieved their purpose? If so how, and if not why not?

No borders, no nation? If so why?  If not, why not? A consideration of Brexit and similar debates – is it ultimately about national identity or something else?

The growth in sovereignty and protection arguments at the expense of the diminution of human rights and refugee protection – is it out of balance? If so how can balance be restored?

The movement of wildlife across borders, boundaries and walls: how does this impact on human existence and related environmental and ecological issues? For example, what are their impact, if any, on global pandemics (SARS, bird flu, foot and mouth disease, Ebola).  What are the implications, if any, of bolstered borders and walls on future global food security?
Trade and economic prosperity and the effect of national borders and border walls on these – do borders or walls matter? What is the financial “balance sheet” in the borders and walls debate? Do the financial costs of illegal immigration and illicit trade in the absence of impermeable borders and walls (for example in government benefits paid, border control costs, the operation of a nation’s immigration regime, litigation, education, etc.) outweigh the cost of building walls or otherwise bolstering border control?  What are the micro- and macro-economic aspects of bolstered borders and walls?  Does the policing of borders, and the construction of border walls, notwithstanding the creation of temporary employment in wall construction or in border forces, have a net negative or positive effect on the national budget? Does it matter?

Workforces without Borders – what is the relevance of national and domestic borders to the local, national and global labour market? Have we abandoned the idea of confined workforces especially in an age of global workforce mobility, the mobility of productive capital, and borderless globally networked information systems?  Do illegal or unregistered immigrants take jobs from the citizens or a bordered or walled nation?  What are the facts on illegal immigrants working for less money, and the impacts on the average wage rate for citizens of the particular country?  Would a regime of substantially greater fines and penalties for employers of illegal migrant workers, and for people smugglers, or some other regime, eliminate the need for bolstered borders or walls?

What would a world without borders be like? Are we ever likely to see one?  If so why? If not why not?  What would be the benefits and costs of such a borderless and wall-less world?

If one of the aims of strengthening borders and building walls is to control illegal immigration, will stronger borders and walls in fact enable greater immigration control or does it need something else, and if so what?

Does the failure or imperfection of immigration regimes and laws, and the breach or non-compliance with such laws, lead to the breach or non-compliance with other laws?  Will stronger borders or walls mean that intending immigrants will use legitimate means to enter a country and if not then what other means will they use?  Would stronger borders and walls give rise to less illegal immigrants in the community who live in hiding?

One of the many arguments used to support stronger borders and / or border walls, is that it will prevent human and sex trafficking, and the movement of illicit narcotics. What is the evidence in this regard?

Do borders and walls actually work? The President of the USA, and his followers, want to build one, if they do, will it achieve its purpose?  What is its real purpose anyway? Is the purpose behind the USA wanting a wall between the USA and Mexico different to the purpose why another country might want such a wall?  Is there anything unique or special about the USA-Mexico border which distinguishes it from other national borders?

Some argue that borders and border walls appear to have limited success in keeping out determined terrorists and other significantly ‘undesirable’ folk. Is this the case? What are the alternatives? What form, if any, should gate-keeping at the borders take?  Does gate-keeping and border control foster a false sense of security?

If borders and walls are ultimately permeable to those who are motivated to get around, over, or under them, then why bother?
Is the problem, whatever that is, physically limited to national borders? Or is the problem found more at airports and other entry points? What are the alternatives to wall-building to achieve the desired purpose? Should we try moat-digging instead? Can our advanced and “smart” technologies achieve the same end  without the construction of a physical barrier?  If so how?
Contributions to the Borders and Walls conference is not limited to academics or to policy gurus or to theoreticians.  While contributions from such individuals is welcomed and valued very much, so are contributions from professionals, practitioners, non-government organisations, the voluntary sector, or anyone else who has an interest or concern or view to express on these matters.

We encourage proposals that will engage the minds, if not the hearts, of attendees at these conferences.  The conference is not one where presenters will simply read their written work; as most of us can read we don’t need to travel great distances to listen to someone reading.  Rather, we encourage proposals that will give rise to discussion and questions and that will give rise to the birth of new and exciting ideas that might help people understand the topic better.  And maybe, in some small or big way, such discussion and engagement might lead to some change in our world for the better.

What to Send
The aim of this inclusive interdisciplinary conference and collaborative networking event is to bring people together and encourage creative conversations in the context of a variety of formats: papers, seminars, workshops, storytelling, performances, poster presentations, panels, q&a’s, round-tables etc. Please feel free to put forward proposals that you think will get the message across, in whatever form.

All submissions will be minimally double reviewed, under anonymous (blind) conditions, by a global panel drawn from members of the Project Development Team and the Advisory Board. In practice our procedures usually entail that by the time a proposal is accepted, it will have been triple and quadruple reviewed.

You will be notified of the panel’s decision by Friday 26th April 2019.

If your submission is accepted for the conference, a full draft of your contribution should be submitted by Friday 23rd August 2019.

Abstracts and proposals may be in Word, PDF, RTF or Notepad formats with the following information and in this order:
a) author(s), b) affiliation as you would like it to appear in the programme, c) email address, d) title of proposal, e) body of proposal, f) up to 10 keywords.

E-mails should be entitled: Borders Submission.

Where to Send
Abstracts should be submitted simultaneously to the Organising Chair and the Project Administrator:

What’s so Special About Progressive Connexions Events?
A fresh, friendly, dynamic format – at Progressive Connexions we are dedicated to breaking away from the stuffy, old-fashion conference formats, where endless presentations are read aloud off PowerPoints. We work to bring you an interactive format, where exchange of experience and information is alternated with captivating workshops, engaging debates and round tables, time set aside for getting to know each other and for discussing common future projects and initiatives, all in a warm, relaxed, egalitarian atmosphere.

A chance to network with international professionals – the beauty of our interdisciplinary events is that they bring together professionals from all over the world and from various fields of activity, all joined together by a shared passion. Not only will the exchange of experience, knowledge and stories be extremely valuable in itself, but we seek to create lasting, ever-growing communities around our projects, which will become a valuable resource for those belonging to them.

A chance to be part of constructing change – There is only one thing we love as much as promoting knowledge: promoting real, lasting social change by encouraging our participants to take collective action, under whichever form is most suited to their needs and expertise (policy proposals, measuring instruments, research projects, educational materials, etc.) We will support all such actions in the aftermath of the event as well, providing a platform for further discussions, advice from the experts on our Project Advisory Team and various other tools and intellectual resources, as needed.

An opportunity to discuss things that matter to you – Our events are not only about discussing how things work in the respective field, but also about how people work in that field – what are the struggles, problems and solutions professionals have found in their line of work, what are the areas where better communication among specialists is needed and how the interdisciplinary approach can help bridge those gaps and help provide answers to questions from specific areas of activity.

An unforgettable experience – When participating in a Progressive Connexions event, there is a good chance you will make some long-time friends. Our group sizes are intimate, our venues are comfortable and relaxing and our event locations are suited to the history and culture of the event.

Ethos
Progressive Connexions believes it is a mark of personal courtesy and professional respect to your colleagues that all delegates should attend for the full duration of the meeting. If you are unable to make this commitment, please do not submit an abstract or proposal for presentation.

Please note: Progressive Connexions is a not-for-profit network and we are not in a position to be able to assist with conference travel or subsistence, nor can we offer discounts off published rates and fees. 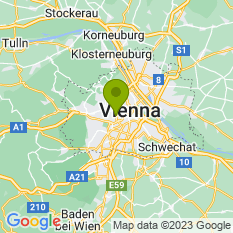