BarCamp is an international network of user-generated conferences (or unconferences) primarily focused around technology and the Web. They are open, participatory workshop-events, the content of which is provided by participants. The first BarCamps focused on early-stage web applications, and were related to open source technologies, social software, and open data formats.

The RDU Barcamp is being held at the brand new NC State Hunt Library on May 18 and is being organized primarily by the Triangle Linux Users Group. Topics that will be discussed range from open source projects to learning how to juggle. It's great fun, and if you've ever been to a THATCamp, BarCamp is very similar in structure and attracts just as eclectic a range of people!

I'm a big fan of BarCamps (which will not surprise anyone who has seen me facilitate an unconference). Not sure if I can make this one as it's close to another conference I'm attending out of town, but I've got it in my calendar now.

I won't be able to go to BarCamp this year, but I love unconferences and I would love to see some HASTACers partcipate.

Sad news!If you can't be

If you can't be there, try to boost the signal for us so we can get some activity from the wide variety of disciplines and interests represented by HASTAC! :D 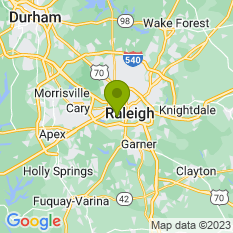