In 2002, Annette Kuhn reflected, in Dreaming of Fred and Ginger: Cinema and Cultural Memory, that in regards to 1930s British cinemagoers, “we hardly know these people at all” (2002, 3); Jackie Stacey (1994, 49) focusing on British female movie fans of the 1940s and 1950s, made a similar observation in 1994, when she noted that “there is a history of female cinematic spectatorship which has yet to be written.” In their respective works, both scholars used sources such as magazines, questionnaires and interviews to begin to write exactly that history.

This conference wishes to build upon this observation that “we hardly know these people at all” by expanding its meaning in terms of the people involved, both in terms of time and in terms of demographics. We therefore invite papers focusing on marginalised female audiences in the broadest sense, and interpret this in two distinct ways. Firstly, we seek to hear from scholars focusing on rediscovering or uncovering particular audiences, marginalised vis-à-vis the texts they consumed through racial, ethnic or religious identity, through geographic or linguistic distance, through sexual orientation or gender identity, through disability status, through social class, etc. This includes a demographic analysis of such audiences, an examination of their specific and varied fan practices and attitudes, the intersectional identities of certain audience members, etc.
It also includes, however, broader contemplations on the very notion of the “marginalised” audience.

Firstly: if we are indeed all, as Henry Forman wrote in 1933, “movie-made”, what, then, does it mean to be “made” by movies or media texts specifically aimed at demographic groups with a privilege inaccessible to many other audience members? Secondly, we are keen to acknowledge and discuss the methodological challenges involved in studying such audiences, and the ways in which difficulties in terms of scholarly research may essentially serve to marginalise the group in question further. Thirdly, we wish to invite auto-ethnographic reflections from scholars working on such research topics, while also members of one or more marginalised groups themselves.

While the organisers’ own research is rooted within a film-historical context, and indeed we are very interested in hearing from those engaged in rediscovering lost historical audiences, we also invite submissions from those working on contemporary LGBTQ+, disabled, or racial/ethnic/religious minority women spectators. We particularly hope to reach out to scholars working within the multidisciplinary field of fan studies, where much fascinating work has been done, in recent years, on examining the practices of such audiences, as well as their relationship to traditional conceptions of fandom (such scholars include Kristen J. Warner, Rukmini Pande, Julie Levin Russo, Eve Ng, and others). While film and television history and fan studies have largely operated in distinct and separate spheres from one another, we believe the disciplines can come together in fruitful and methodologically interesting ways in order to allow us a more complete picture of these often invisible fans.

Potential topics can include, but are not limited to:

We invite abstracts of no more than 300 words for 20-minute papers, as well as panel proposals for pre-constituted panels (consisting of three papers). Conference attendance will be free of charge.

Send your proposal and a short bio to Lies Lanckman and Agata Frymus at womenspectatorship.conf@gmail.com by 30 June 2019. 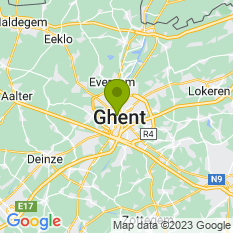