The successful candidate will have a completed Ph.D. or a Ph.D. near completion in Communications or cognate field. The candidate must be fluent in English and French (spoken and written) and be able to teach in both languages in a multicultural context. Candidates must show excellence or promise of excellence in teaching, scholarly research and publication, and service.

Applicants should have an ongoing and demonstrated program of research in digital media and digital
culture, as well as in public engagement. Expertise in critical feminist and diasporic approaches would represent a strong asset.

The successful candidate must be suitable for prompt appointment to the Faculty of Graduate Studies. The position may involve graduate teaching and supervision in programs such as Glendon’s Master’s of Translation Studies, Glendon’s Master’s in Public and International Affairs, and the York/Ryerson Joint Graduate Program in Communication and Culture (ComCult). Demonstrated pedagogical innovation in high priority areas such as experiential education and technology enhanced learning will be privileged. Given Glendon’s bilingual mandate,the selected candidate will also participate actively in College-wide service activities in both English and French.

York U's bilingual Glendon Campus is home to Southern Ontario's Centre of Excellence for French Language and Bilingual Postsecondary Education. Glendon comprises about 2700 students on a scenic campus in the heart of the cosmopolitan city of Toronto. Glendon is committed to high-quality teaching in the tradition of the liberal arts and offers a unique undergraduate academic experience for students within one of Canada’s largest research universities. For information about Glendon and its particular programs, please consult the Faculty webpage at www.glendon.yorku.ca.

York University has a policy on Accommodation in Employment for Persons with Disabilities and is committed to working towards a barrier-free workplace and to expanding the accessibility of the workplace to persons with disabilities. Candidates who require accommodation during the selection process are invited to contact Professor Lyse Hébert, Chair, School of Translation at coms@glendon.yorku.ca.

York University is an Affirmative Action (AA) employer and strongly values diversity, including gender and sexual diversity, within its community. The AA Program, which applies to women, members of visible minorities (racialized groups), Aboriginal (Indigenous) people and persons with disabilities, can be found at www.yorku.ca/acadjobs or by calling the AA line at 416‑736‑5713. Applicants wishing to self-identify as part of York University’s Affirmative Action program can do so by downloading, completing and submitting the form found at: http://acadjobs.info.yorku.ca/affirmative-action/self-identification-form. All qualified candidates are encouraged to apply; however, Canadian citizens,
permanent residents and Indigenous peoples in Canada will be given priority. No application will be considered without a completed mandatory Work Status Declaration form which can be found at
http://acadjobs.info.yorku.ca/affirmative-action/work-authorization-form.

The deadline for receipt of completed applications is January 3, 2020. Candidates must send a cover letter with an up-to-date curriculum vitae, a statement of research and teaching interests, and a writing sample. Candidates must arrange to have three signed confidential letters of reference (at least one of which should address teaching) sent to: Professor Lyse Hébert, Chair, School of Translation, Glendon College, York University, 2275 Bayview, Toronto, Ontario M4N 3M6, or coms@glendon.yorku.ca. 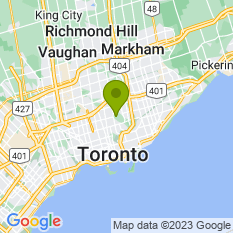