What is the experience of war and what does it mean to us? Is war an extension of politics by other means? The locomotive of technology? Does a state of peace truly exist, or do we perpetually live in absentia bello ? Is humankind at war in its most natural state; or is human society – despite perceptions and ongoing conflict around the world today – actually moving toward an aversion to war and toward a state of peace? Are Human Rights illusory and is the quest for Human Security achievable?

This inter-disciplinary and multi-disciplinary conference seeks to provide a challenging forum for the examination and evaluation of the nature, purpose and experience of war, and its impacts on all aspects of communities across the world.

Viewing war as a multi-layered phenomenon, this conference series invites committed academics, non-academic based professionals from all walks of life, including those from Military forces, serving or retired, Emergency, Aid and Development Organisations (IOs, International Non-Governmental Organisations (INGOs), NGOs and other Non-State Actors (NSAs) or Trans-National Social Movement(TNSMs), Commercial companies and corporate institutions, the public services, Faith based institutions, charities, the media, the medical professions, the arts and students in all related fields of interest, to explore the historical, legal, social, human, religious, economic, and political contexts of conflicts, and assess the place of nations, alliances, politics, the military, peace activism, science, academia, faith, the humanitarian sector, art, journalism, literature, music, the media and the internet in representation and interpretation of the experience of warfare.

In particular papers, workshops, reports, formed panels and presentations are invited on any of the following themes;

1. How do we Talk about War?
Portrayal, awareness, language and expression. How do we come to understand war in contemporary and historical cultures?

* The Language of modern contemporary warfare, the language of war in society, in the work space and popular culture; obscuration of conditions of being at ‘war’ and the condition of ‘peace’.
* Militarization of society, propaganda, war toys, computer gaming; in fashion -‘military chic’.
* Representing the realities of war versus ‘national interest’ – images of the heroism, glory, tacit and explicit justifications of war; the horror of war and societal responses.

2. Representations and Experiences
Viewing War as a multi-layered social phenomena.

* The individual experience of war, the impact of war, in protest; in the alleviation of the impacts of war and in peace building.
* Nations, Communities and individuals recovering from war, trauma, rehabilitation and nation building.
* The experience of war; art, literature, music, poetry, cinema and the theatre; the role of the media – journalism, radio, television, the internet; propaganda.
* The representations and experiences of protest.

3. History and Development of Warfare and War Fighting.
How have we fought and why. Lessons learned, mistakes repeated.

* Warfare in human history, revisionism and post-revisionism.
* The sources, origins, and causes of war; why and how do wars begin?
* Means and methods in war – land, sea, air, space, nuclear, chemical, biological; terror and terrorism; conventional and guerrilla warfare; civil war; ‘total’ warfare’. Where are the new ‘battlespaces’?
* The nature of warfare; strategy and strategic thought; changes and the implications of changes in the ways wars are fought; the influence and effect of technologies; nuclear deterrence/compellance; changes in the nature and role of military personnel; information and information warfare.
* New and perceived ‘Revolutions in Military Affairs’.

4. Extent, Conduct and Morality
Can war even be distinguished from peace, combatant from non-combatant, who are legitimate targets? The totalisation of war in modern society and culture.

* Where are we now? How has war pervaded our society and culture in everyday life?
* The extent of war; geo-political, physical; blockades, sanctions, defence expenditure and the impact on social and public policy; on social and human capital.
* The regulation and control of warfare; how is and should warfare be conducted? What are the limits of conflict? Are there any prohibitions in fighting a war?
* Globalization; the human, geographic, social and economic boundaries of war in the modern era.
* Resource warfare, food, water, oil and mineral wealth, challenges in the 21st century.
* International Humanitarian Law and Conflict.

5. Human Rights and Human Security
Have the means and methods in war, finally outpaced International law and norms of behaviour? What protection is available? If truth is the first casualty in war, is human rights the second?

6. The Boundaries of War
How far will humankind push the limits of acceptable behaviour and practice in war?

* The ‘morality’ and the ‘ethics’ of war; just war; deterrence; pre-emptive war; defence and self-defence; the influence of nationalism; the place of human rights; societies and the military; increases in moral sensibilities – qualms about carpet bombing, collateral damage; the status of combatants in warfare, the impact of civilians; neutrality.
* War and religion; the important role of religion, the church, and the intellectual elite in multi-ethnic conflict specifically and in war in general; just war, jihad and crusade.
* War and gender; women in war; impact, abuses, role in war as combatants and in peace building. Gender equality issues and peace building, cultures of violence in society propagating conflict.
* Children and war, child soldiers, trauma, exposure, conditioning, propaganda, bereavement, expression though play, art and behaviour.
* Slavery and war; past, present and future; unwilling combatants, from janissaries to mamelukes, to conscripts and child soldiers.
* Resistance under occupation, where collaboration ends and resistance begins? Forms of resistance.

7. Prevention and Peacebuilding
Can we give peace a chance? Viewing war as un-natural, preventable within a variety of frameworks. The legal mechanisms and the trans-national social movements ‘waging peace’.

* Peace building; means and methods; negative peace and building a positive peace; war-termination and nation-building.
* The prevention of war; the role of conflict resolution; avoiding war; peace-keeping; the role and importance of law and international legal order; the rise and impact of non-violent movements.
* The effectiveness of Supra-National, Trans-National and International organsiations in conflict prevention, mediation and resolution.
* Peace and Balances of Power.
* Disarmament and Arms Control.
* Conscientious objection, alternative service.
* The Peace Movement.

8. The Role of Non-state Actors and NGOs in War and Post-conflict.
Breaking the state conundrum, participation in relief from the depredations of war, alleviating the suffering, advocacy from theatres of war. Or compromising humanitarian Aid? Force multipliers? Abrogating combatant’s responsibilities toward their populations.

9. Future War: Revolutions in Military Affairs – Emerging Types of Warfare.
Be afraid, be very afraid. Are there no limits to mans inhumanity to man?

* Cyber-war Virtual war; cyber-terrorism; cyber-power, cyber-war; computer technologies in the conduct of war.
* Technology leaps – acquiring WMD.
* Space war – fantasy or an emerging reality? Issue in the militarisation and weaponisation of space.
* Bio-warfare: gene warfare; the genetic codes of agriculture and livestock as targets in war
* Economic warfare in a Globalised world.

300 word abstracts should be submitted simultaneously to both Organising Chairs; abstracts may be in Word, WordPerfect, or RTF formats with the following information and in this order:

a) author(s), b) affiliation, c) email address, d) title of abstract, e) body of abstract, f) up to 10 keywords.
E-mails should be entitled: WAR Abstract Submission.

Please use plain text (Times Roman 12) and abstain from using footnotes and any special formatting, characters or emphasis (such as bold, italics or underline). Please note that a Book of Abstracts is planned for the end of the year.
All accepted abstracts will be included in this publication. We acknowledge receipt and answer to all paper proposals submitted. If you do not receive a reply from us in a week you should assume we did not receive your proposal; it might be lost in cyberspace! We suggest, then, to look for an alternative electronic route or resend.

The conference is part of the Probing the Boundaries programme of research projects. It aims to bring together people from different areas and interests to share ideas and explore various discussions which are innovative and exciting.

For further details of the project, please visit:
http://www.inter-disciplinary.net/probing-the-boundaries/hostility-and-violence/war-virtual-war-human-security/

For further details of the conference, please visit:
http://www.inter-disciplinary.net/probing-the-boundaries/hostility-and-violence/war-virtual-war-human-security/call-for-papers/


Please note: Inter-Disciplinary.Net is a not-for-profit network and we are not in a position to be able to assist with conference travel or subsistence. 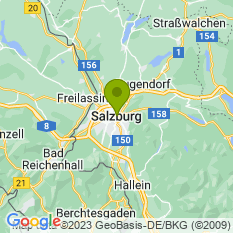