2/24: William P. Kelly in Conversation on Whitman and Crane

William P. Kelly, distinguished scholar of American literature, former President of the Graduate Center, is joined by Justin Martin and Paul Sorrentino for a discussion of two very different yet incalculably influential figures in the pantheon of 19th century American literature: Whitman, the epic poet of Leaves of Grass, and Crane, the poet and novelist best known for The Red Badge of Courage and The Open Boat.

Justin Martin is the author of Rebel Souls: Walt Whitman and America's First Bohemians, a group portrait of Whitman and the artists who gathered at Pfaff's saloon in 1850s New York. Paul Sorrentino, the Clifford A. Cutchins III Professor of English at Virginia Tech, has written or edited eight books on Crane, most recently Stephen Crane: A Life of Fire.

William P. Kelly, Professor of English at the Graduate Center and past Interim Chancellor of CUNY, is the author of Plotting America's Past: Fenimore Cooper and the Leatherstocking Tales, and editor of The Selected Works of Washington Irving.

Free and open to the public. Seating is limited. RSVP by email to biography@gc.cuny.edu. 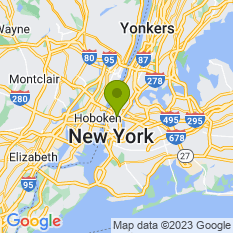