Fourteenth Annual Meeting of the Cultural Studies Association (US)

WQCC's goal for the 2016 CSA conference is to create spaces for an interdisciplinary dialogue around issues of incarceration and freedom as they relate to black, brown, queer, feminized and otherwise othered bodies. The matter of black and brown lives to practices of incarceration, freedom, and culture are our primary concern. As such, we are soliciting applicants for participation in both a praxis session and a traditional paper panel organized around this theme. We welcome proposals from scholars, activists, and organizers. For our praxis session, we envision a conversation that engages with questions at the intersections of race, gender, and sexuality in relation to state sanctioned violence including police violence and prisons in the U.S. to organize around deconstructing the foundations of the highly racialized and gendered policing across the nation. We are eager to assemble a group of participants interested in learning and sharing new tactics and strategies to engage in the prison abolition movement and more broadly construed liberation struggles, especially as they relate to the university and public education. Possible paper topics include, but are not limited to:

· Archives of slavery and indentured labor

· Archival practices and the containment of knowledge

· Welfare reforms and the war on welfare queens

· Being caught on tape: visual documentation of police brutality

Submissions should be sent to wqcc.csa@gmail.com by February 1st. Please indicate your interest in participating in a praxis session, a traditional paper session, or both, on your submission. 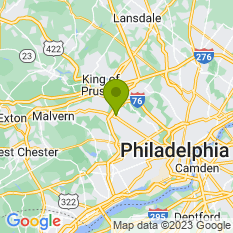