Reblogged from the Critical Gaming Project. 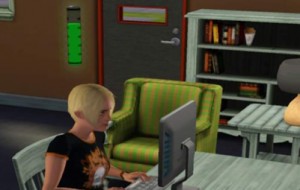 The first session of the Keywords for Video Game Studies, Graduate Interest Group, sponsored by the Simpson Center for the Humanities and HASTAC, is in the books and it was a HUGE success! We want to thank everyone who came to PLAY. We had a lively and diverse discussion and though we never expected to come away with a definition of "play," we were able map some of the contours of the concept. Also, near the end we were getting into some pretty thought-provoking meta-play concepts that could really use some drawing out in future sessions. So, I took some notes and I'll try to briefly sketch the conversation here. We'd love to have feedback from the HASTAC community. You can either post comments here or join the Keywords discussion on Critical Gaming Project website.

The session openned discussing Huizinga's Homo Ludens as we, like so many game scholars before us, turned to his theory of play to get a foothold on the concept. As we pointed out, however, contrary to popular conception, Huizinga's version of "play" is not walled off from culture, but was pitched specifically against the regimentation of modern life as a fundamental element of culture that hyper-instrumentalization cannot account for.

We then got into a variety of margin cases trying to suss out the limits of what constitutes play. We talked about Farmville, LIMBO, and Flight Simulator as liminal cases and returned to gold-farming as the example par excellance of gaming that does not count as play.

The conversation about Farmville and resource management games led to a long discussion about feedback and gaming interfaces and what they have to say about the play element of digital games. We discussed Castronova and others who point out the centrality of visible, numerical "progress," rewarding players for time invested and were reminded that feedback is a basic tenet of usability design. Mods for the World of Warcraft interface, for example, stream huge amounts of real-time data to players to the point where one might play without even looking at the 3D rendered world.

This gave way to a discussion of "mastery" or "expertise" and play and we gave a shout out in defense of difficulty. Yet, as gaming comes to be a model of efficiency monitoring of numerical/visual feedback, it becomes data management and cost-benefit analysis, pattern recognition, a deployment of rules that rewards efficiency over fancy, gaming the system, (There was a brief mention of the place of cheating in play, but that was put off for a later session.) , all of which would seem to suggest play having come full-circle on Huizinga. This brought us to the question of how to deploy the labor power of efficiency gaming and TEDtalks about how "gaming can make a better world."

We carried this into a conversation about "play" as creativity and how creative play relates to strategic play. It was, here, I believe, the conversation took a decisive turn with the recognition that our efforts in defining play had been to some extent at cross purposes. On the one hand we had persisted in trying to define the parameters of play all the while retaining that an essential element was the player's free choice to play. If the player's agency in determining play is a core component, then the attempt to sketch and impose a model of play is meaningless for any definition would violate his fundamental assumption. The question that follows, then, is why the investment in defining play? How has "play" been rhetorically constructed? To what extent has capital colonized "play" and sold it back to us? Rather than identifying play, might we be able to identify the conditions under which play can occur?

Those are the questions to which I hope we can return here or in future sessions because I think they are moving the conversation in really important directions. As the Schell talk at DICE and Priebatsch's talk at TED indicate, the success of games like Farmville have people looking to figure out this sweet-spot where gaming becomes its own motivation and the feedback of progress-bars can be monetized for big profits. At the same time, there is a sense in which we, academics trying to describe Keywords for Video Game Studies, are involved in a similar endeavor, albeit with significantly less informatic data about what keeps people coming back to click cows. It would seem that the casual revolution, as Juul calls it, is a crucial moment for the definition of "play." As we move on to our next session on Immersion and Interactivity and it seems inevitable we will continue to discuss where to draw the line between game world and real world, let's build off our productive first discussion make a push for to "define" our Keywords so they still have some "play" in them.