Design Justice. Community-led Practices to Build the Worlds We Need 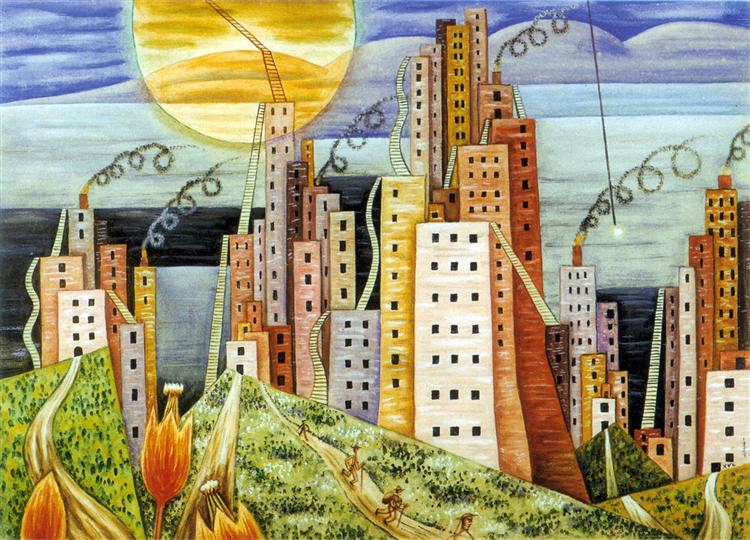 Where does innovation take place? This may seem like a very simple question, that could be quickly answered. In a traditional perspective, and according to well established vision of a linear mode of innovation, research and development laboratories were the innovation location by excellence: a closed room, with specific tools and instrumental, only inhabited by professionals and specialists.

This conception was based on the common understanding of science: the expert knowledge is the first step of a chain reaction that initiates in a scientific discovery and goes through technology transformation until it is socially spread by market mechanisms. Other approaches that vigorously debated this model, known in the STS literature as “interactive model of innovation” (systemic approaches dive in this idea), broaden the scope of the actors involved in these processes (not just academics, but also enterprises or communities can trigger innovation) but are unclear about emplacement.

In a renovated and actual version, the answer to the former question can be summed with some acronyms: hackathons, fablabs, makerspaces and discotechs, among many others. Anyone immersed or barely in touch to the innovation studies has heard of them, or has run into colorful, shocking advertisements calling for enthusiasts to join the adventure of problem solving.

Constanza-Chock offers an insightful viewpoint on these “mainstream” spaces. In the fourth chapter of her last released book “Design Justice – Community-led Practices to Build the Worlds We Need” (2020) the author overthrows the hegemony and privilege of these sites as innovation producers and sustains the statement that innovation occurs everywhere, staking a claim on design justice.

The current innovation narrative prescribes how, where and who innovates: how, fast thinking, agile methodologies, universally defined problems, technology based solutions (Morozov has long debated on this topic in his book “The folly of technological solutionism”1); where, in special locations and institutionalized spaces deliberately structured for that aim, and who: white, middle aged, cis gendered men (“geeks”). The constraints of these dimensions just guarantee the reproduction of the “totalizing epistemology of modernity”. In contrast, Constanza-Chock follows Arturo Escobar´s vision on design as an ethical praxis that must pursue and guarantee diversity. This is not just an epistemological and political statement, but alto a contribution to an actual debate: at a time when metaverse has become a hot topic, the concept of pluriverse is useful to antagonize, as it seems that metaverse will just replicate in a digital space the inequal representations of people, places and things of physical reality. Pluriverse, instead, refers to the fact that communities can impose their own meaningful order on the world, and attached specific sociotechnical systems.

The genealogy of hackerspaces the author presents is specially enlightening. By tracing the origin of the hackerspaces, that appeared as radical enclaves linked to social movements in the late twentieth century, she demonstrates the political inherence of their beginning as alternative, resistance, community design, and how Neoliberalism colonized and cooptated them and transformed into “sites for the production of neoliberal entrepreneurial subjectivity”. The conversed hackerspaces, distant from their original purposes, are however recognized as the main and almost exclusive valid place for innovation, marginalizing or making invisible divergent practices.

The initial question, then, about innovation´s location is strongly attached to another fundamental interrogation: innovation for whom and for what? As Hurtado argues, the current neoliberal discourse rises innovation as an end in itself2. Innovation is conceived in its own teleological, neutral, optimistic presumptions. Rather than that, innovation should be rooted or grounded in a political, situated project, (that implies engagement, power distribution and autonomy for those who are involved). Constanza-chock prevents from the risk of self-oriented innovation when she stands for organic design sites, rooted to a community, reflecting local and specific culture and assets.

The end of the chapter addresses a list of limits and possibility for design justice sites, specifically hackatons. Without disparaging their potential (such as intense focus learning, making, community building and strengthening, etc.), the author summarizes the most frequent problems with them. In the first place, the patriarchal bias, not only in the regular public that participate, as already pointed, but also in the solutions they develop, that reinforce the dominating male centered perspective and silences non binary, racialized and other collectives voices. Secondly, they focus on problems -and we should ask whose definitions of problems- and not in assets. The solutions end up being ungrounded, without context and low chances of being applied. The main interest relies on novelty, not on innovation in even the most basic and conventional OECD´s definition, that emphasizes that is the implementation -not just the invention- of a new product, process or organizational method. In the same line, as designing experiences are usually time limited, there is no way to try, iterate and improve the proposed results. Last, but not least, they rely on the digital illusion of resolution. Other kinds of knowledge, such as experiential, tacit, historic and community understanding are dismissed.

The whole chapter presents many worldwide cases, as evidence on alternative design sites. This overwhelming list portrays the extended diffusion of these spaces, and is effective in showing how different social groups generate design experiences, but lacks of critical perspective on how these models are imposed. Communities have historically found their own ways in organizing, and the advent of these specific participatory outlines can erase genuine local modes of approaching and solving problems.

The section about design sites finishes with a recall on design justice´s core meaning: fair distribution of design´s benefits, fair and meaningful participation and recognition of community-based design traditions, knowledges and practices. These guidelines are a great and useful input that could serve as roadmaps for design sites planners. The chapter also provides a significant historical and sociological insight of these spaces, that can serve as well as an introduction for those interested in innovation practices.