Deception can take many different forms!

Day 5 of our camp started off by introducing the idea of deception in advertising. Which ads can we fully believe? Which ones play games with our minds? We looked at a variety of advertisements--for fast food, for chocolate, etc.--and discussed the messages they contain. At what point does an ad become "false"? If an ad for chocolate shows a man with big muscles, is it lying to us about how chocolate will affect our bodies? Instructors then introduced our publicity materials project to the campers. We kicked off the project by showing a video made by the United Nations on women’s education around the world, especially in less than fortunate countries. This video was shown to our students to grab their attention and show them that they would need to pick a topic that they are passionate about, and that it must be for a good cause to raise awareness. After introducing their new project, we ate lunch with our friend Chris on Skype. He talked to us about advertisements on the World Wide Web and the job of "search engine optimization." This concluded our first half of the day! 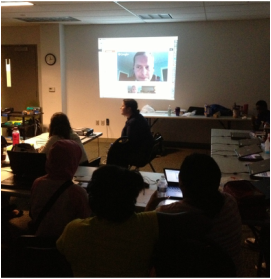 After lunch we learned about secret messages that saved many people’s lives! In particular, we learned about the hidden messages that can be found in the threads of quilt squares that were made during the era of slavery in America. The messages that were woven into quilt squares told escaping slaves--who were traveling north to Canada using the Underground Railroad--where they could find help, when to travel at night, where to find a safe hiding place, and so on, along with many other warnings and hints. After getting background, our students made their very own quilt squares with their own hidden messages on an interactive website! Next, we had our daily Gathering Blue discussion. We discussed chapters 10, 11, and 12. In particular we discussed gender roles that are presented throughout the novel, and even made a connection to the publicity video we watched earlier in the day.  In the world of Gathering Blue women are not taught to read and write, just as we saw in the UN video. Now that we have entered the center of the novel, more and more students are becoming interested in the book and are engaging in the discussion.
To end the day the students were invited to think about topics that they were passionate about and could possibly use for their publicity project. The students came up with many moving topics, such as awareness to child abuse, animal abuse, the misuse of public parks in Detroit, and their interest in reviving abandoned houses in their neighborhoods. We ended our day by announcing our daily challenge, to discover a new form of deception that we have not yet talked about. There are so many different kinds of deception out there (from outright lying to more roundabout persuasion, and from being deceived by someone else to being deceived by your own eyes), it shouldn't be hard to find more examples! 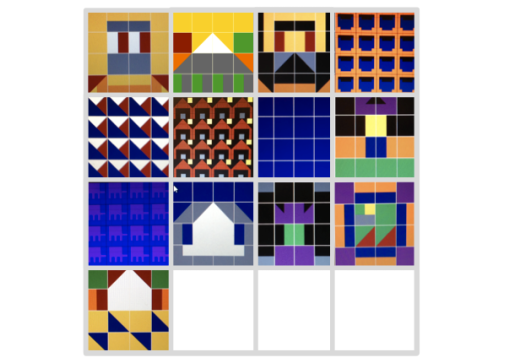