We decided to adapt the Minnesota Pollution Control Agency (MPCA) Citizen Water Monitoring Program from https://scistarter.com/project/11021-MPCA-Citizen-Water-Monitoring-Program. This citizen science project focused on the monitoring of water quality and pollutants and is sponsored by the MPCA.  The project calls for participants to use either a secchi disk, for use in lakes or larger rivers, or a secchi tube, for streams and smaller rivers, to collect data points weekly and allow for the tracking of changes in water clarity. Clarity refers to the amount of light that can penetrate the water, so water opacity is one of the easiest ways to detect water pollution. Out of the two devices, the secchi tube and disk, our group decided to focus on reducing the cost of the secchi disk.

The secchi disk, invented by Angelo Secchi in 1865, is a small disk, having a diameter of 20 or 30 centimeters, that is divided into alternating white and black quadrants. It has become an inexpensive and quick method to gauge water clarity across the globe.

The primary adaptation that our group decided to make was to decrease the opportunity cost for participating in the study by splitting the secchi disk into premade and user made parts.  There would be two options for participation. The Solidworks files for the base would be freely available to participants. These participants would either be sent the base by the project organizer or, if they had the resources, they could 3-D print the base themselves. If the user chose to order the base, they would be expected to provide their own disk, line, and counterweight.

The disk portion could be made out of sheet metal, plastic, or any other waterproof material and, as long as it is the proper measurement, will perform just as well as a currently available solution on the market.  The line portion could be any string, cable, or rope of suitable length and diameter which should be found in almost any home.  The counterweight could be almost anything that is more dense than water and guarantees negative buoyancy.  The premade portion is the most complex part of the secchi disk assembly while the user made parts can be improvised/ adapted if and when is necessary.

The provided base portion would likely be either injection molded plastic (thus requiring a counterweight) or cast metal (similar to a fishing weight); however, for the purposes of prototyping, our group constructed the part through fused deposition modeling (FDM) with a polylactic acid medium. Even with the high cost of FDM filament, the material cost for the prototype was less than a dollar; as a result, the final production version would likely cost substantially less. As a result, our attempts to reduce the monetary barrier of entry by way of secchi disk has been successful. Below is a table of costs associated with the group’s secchi disk as opposed to a purchased equivalent.

The user-made secchi disk was tested on two separate days at Lake Raleigh, just outside of Hunt Library. Team members went out on the dock by the lake and dropped the disk over the railing into the water. They lowered the disk slowly until the black and white portion was just barely visible. Using the knots in the line marking each foot, the team members recorded where the surface of the water was on the line. The first day, the disk was visible down to two feet below the surface. The second day, the disk was only visible to one and a half feet below the surface.

Overall, the device worked as planned. However, some problems could arise from the water seeping in between the layers of tape and onto to the index card. Members observed slight warping of the paper and bleeding of the black ink. Over time and continued use, the citizen scientist may have to replace the user portion of the disk, which should not be time consuming or expensive.

Another recommended alteration might be to use a different type of line than yarn. Members observed that the yarn stretched and slacked, which could alter the depth readings. Something like twine or fishing line would not encounter this problem and thus might yield a more accurate reading. It is important to note that our yarn was knotted with a loop to mark approximately one foot of length to make it relatively easy to determine water depth when submerging the secchi disk. Knotting a material such as yarn is easier than other potential forms of line. With this in mind, knots are not the only means to signify length, and the intervals between knots or equivalent markings can be determined by the user’s preference.

Among geographical limitations such as access to large bodies of water, cost was the major prohibitive limitation in this project. A secchi disk ordered from a scientific supply vendor is costly and may be difficult for a single individual to obtain with ease. With our proposed design, the prohibitive cost is completely removed, with each secchi disk costing less than 1% of the original compared cost (0.66%). As well, because of the easily found materials for the adapted project, a considerably larger portion of potential participants may be able to collect accurate, precise data.

Because of the basic, simplistic materials used, future participants may easily ask questions and even change aspects of the designed project and what data is collected. The only notable change in the project was accessibility and overall data collected. The drastically cheaper materials available to most potential researchers makes the reach of the project much greater in both number of participants and overall data collected.

Perhaps one of the biggest conclusions that the team made by conducting the project experiments was that citizen science does not have to be expensive, thus exclusive. The heart of science is discovering not only entirely new concepts, but also improving upon existing ones. The team was able to make the secchi disk at a fraction of the cost of buying one. The instructions for building the disk were extremely elementary and easily adaptable depending on the skill and available resources of the citizen scientist. For example, we used a pair of scissors as an anchor, but that could be substituted for another commonplace object.

Figure 1: One side of the Solidworks render

Figure 2: Another side of the Solidworks render 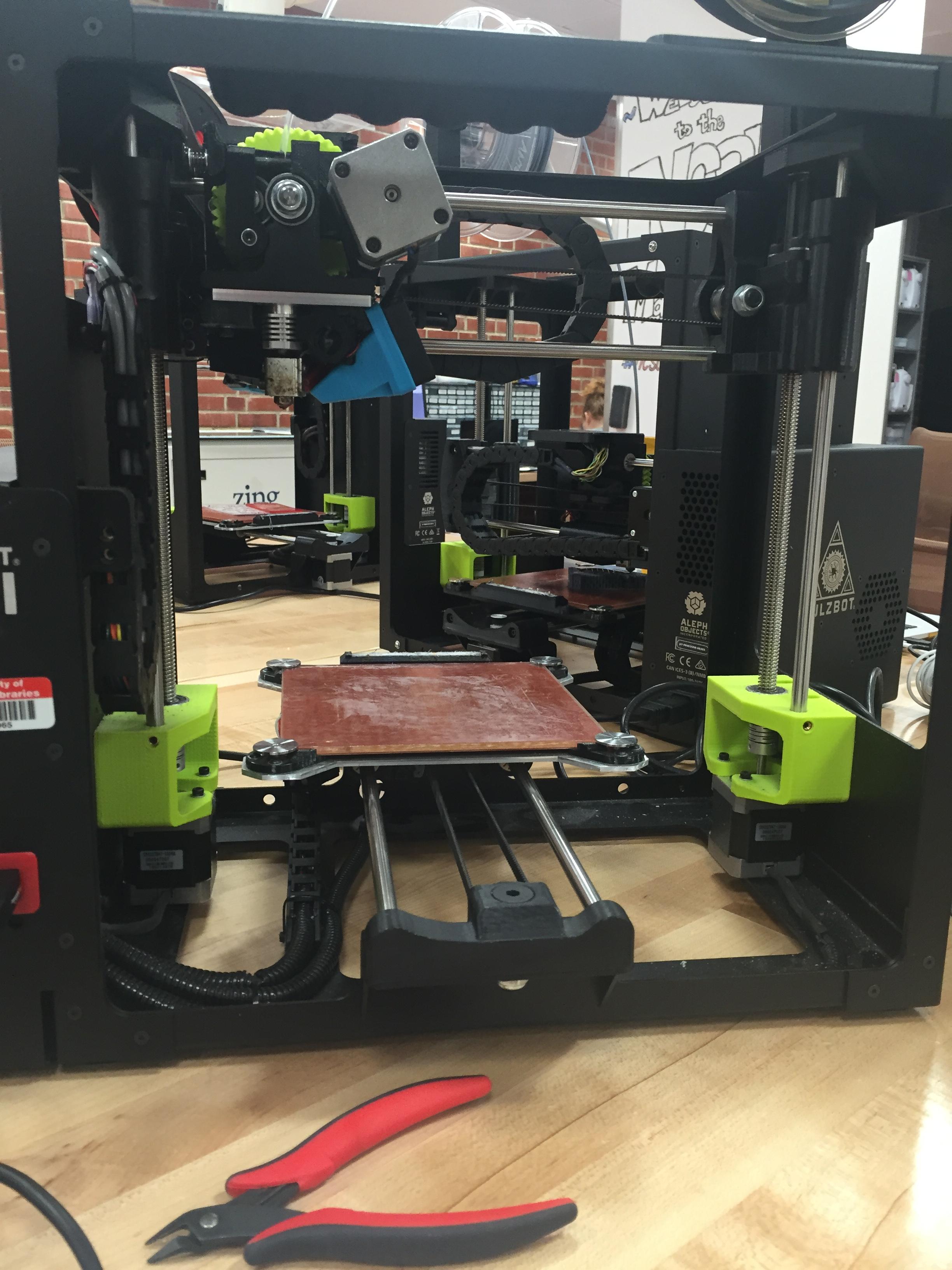 Figure 3: The 3-D printer used to create the base 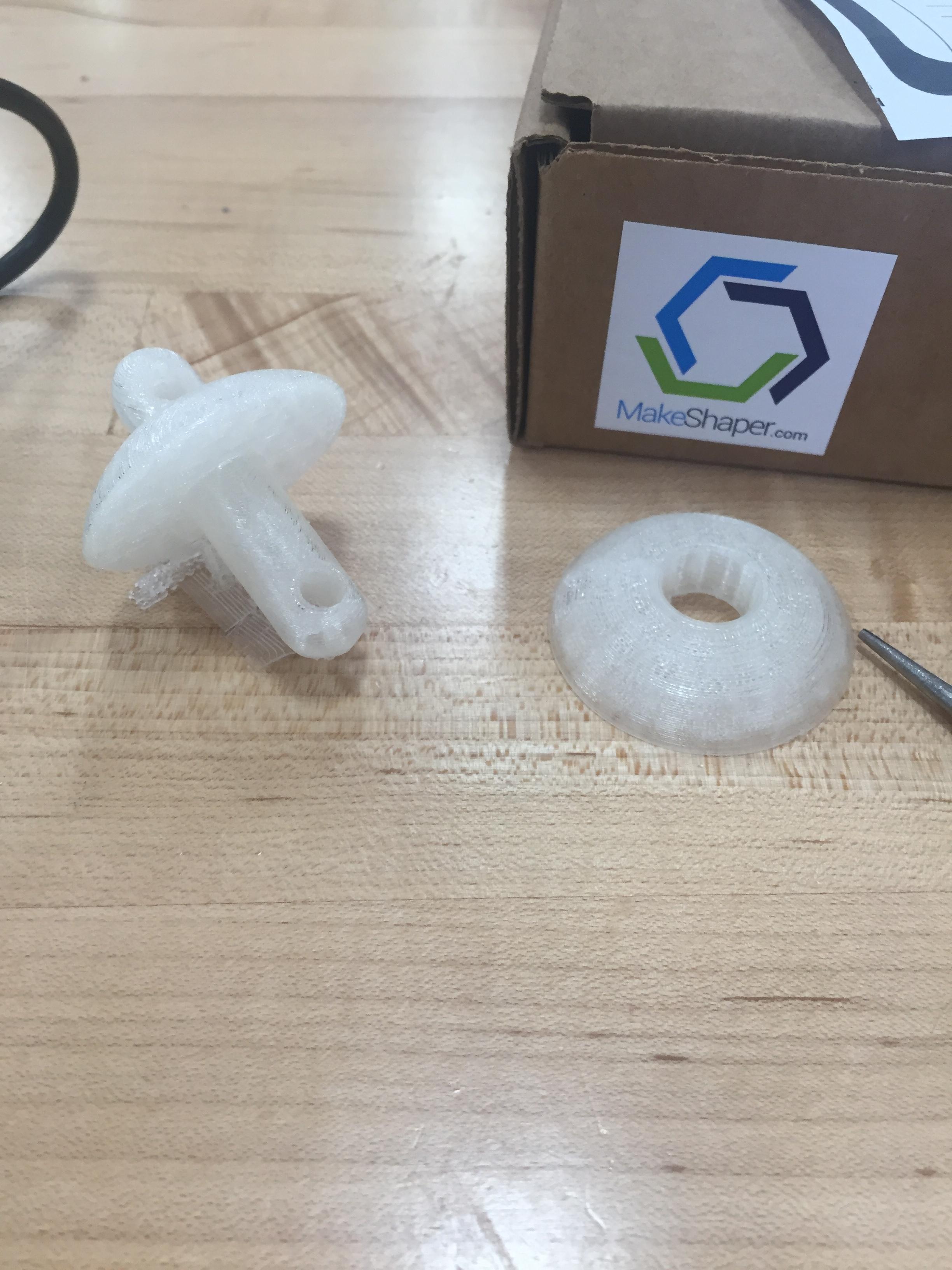 Figure 4: The printed base 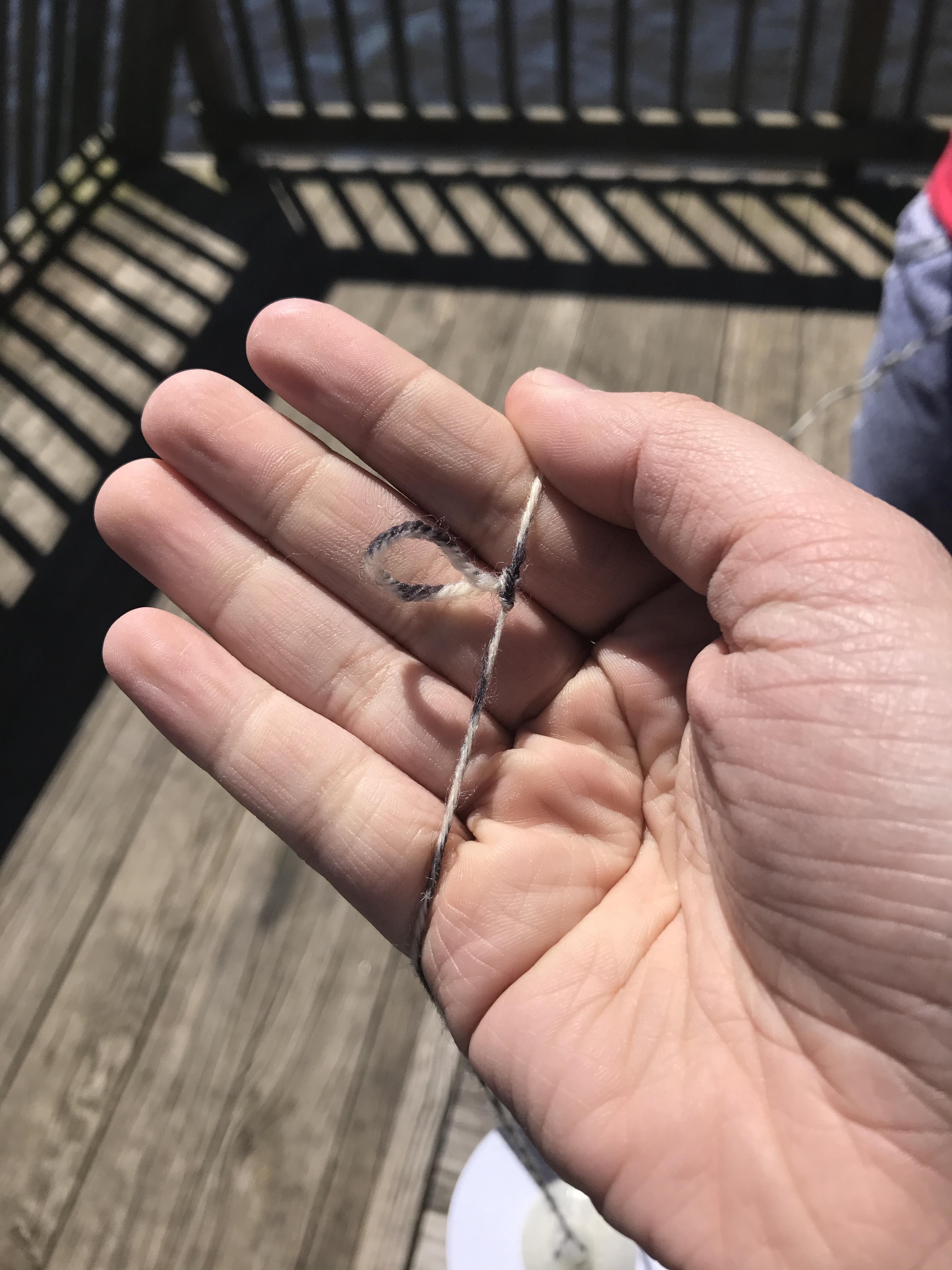 Figure 6: The knots on the yarn to indicate measurements 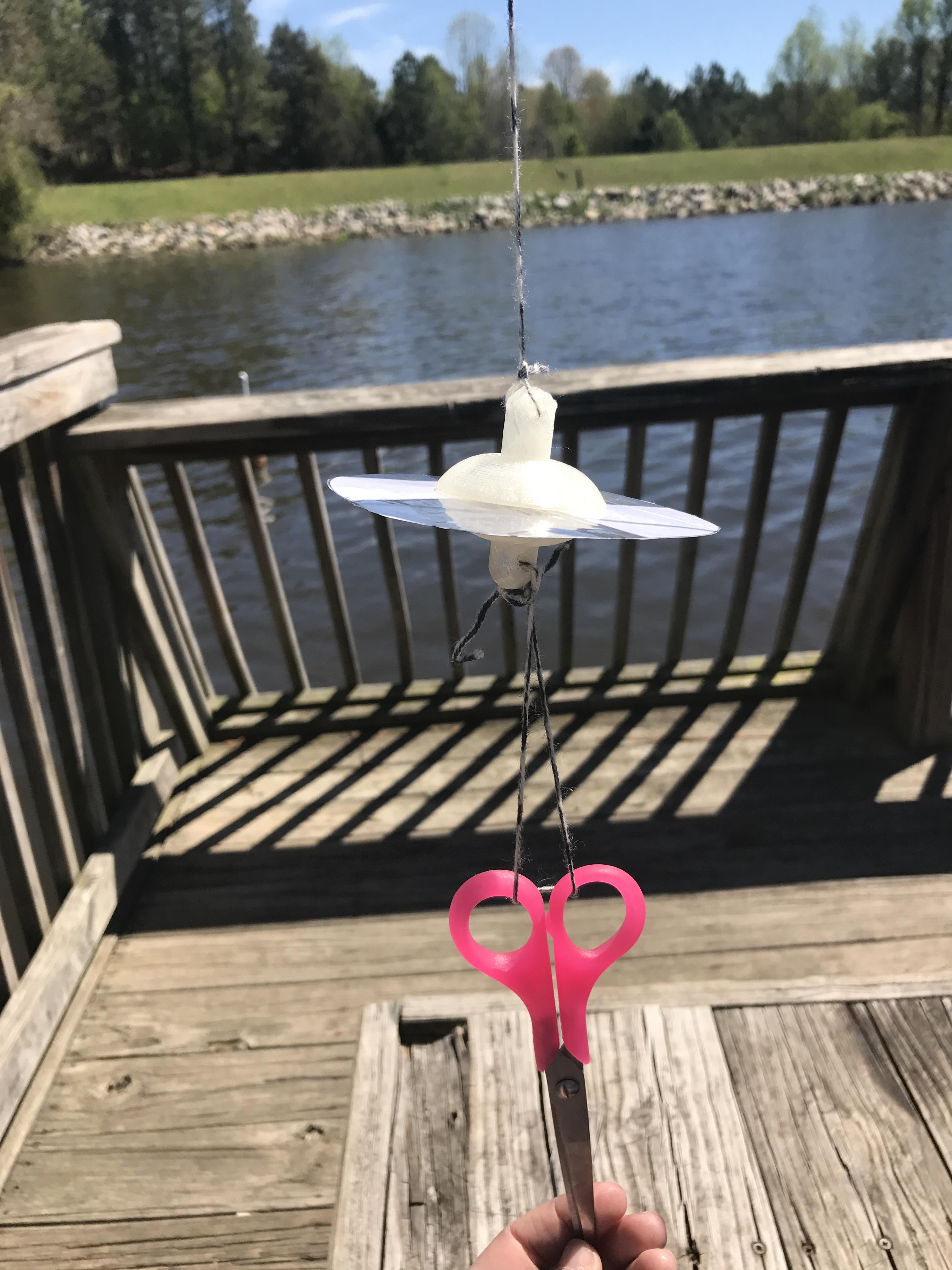 Figure 7: The crafted device: A pair of scissors are used as a makeshift anchor, fastened to the base with yarn. 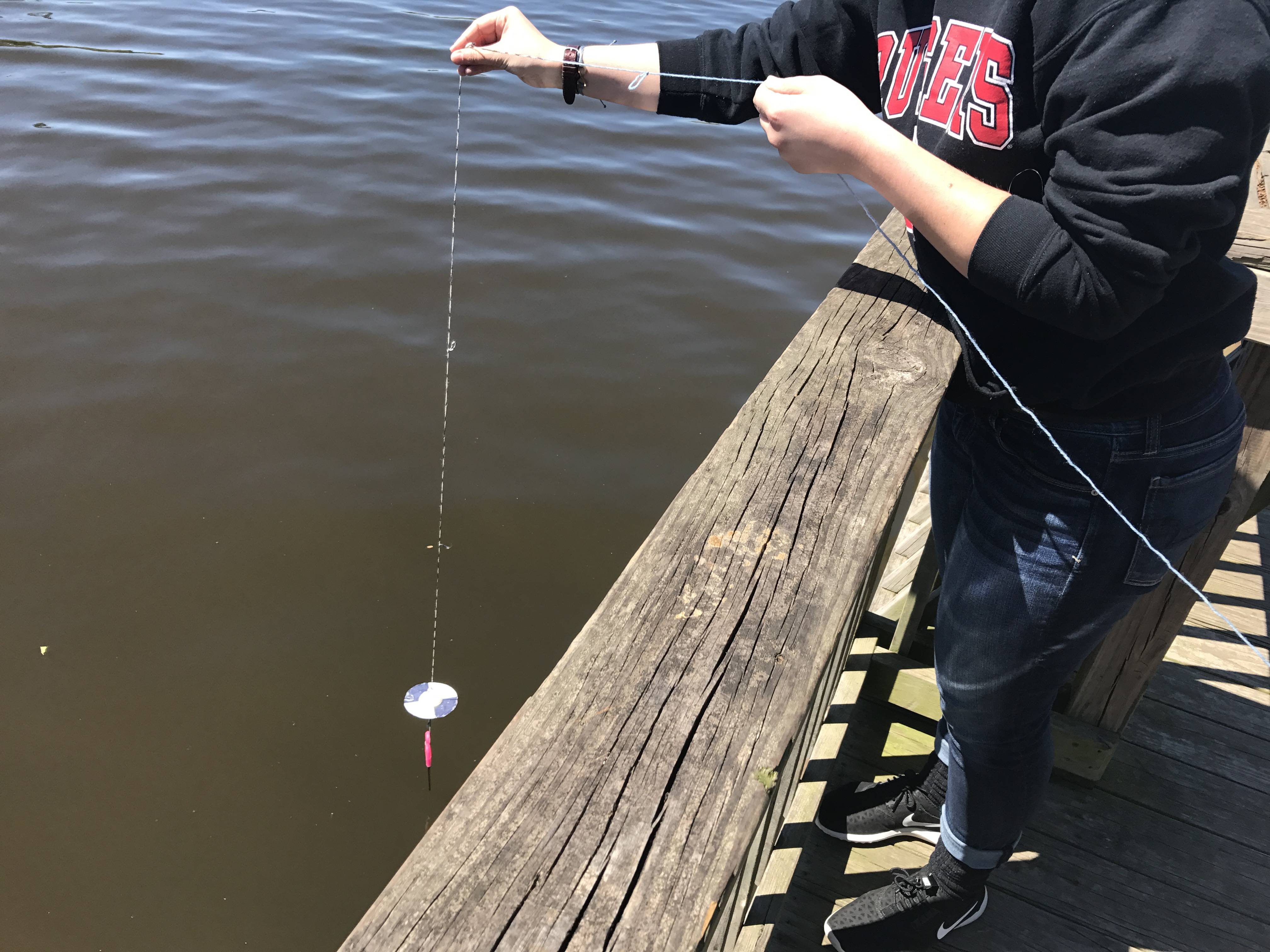 Figure 8: Beginning the process of checking the water 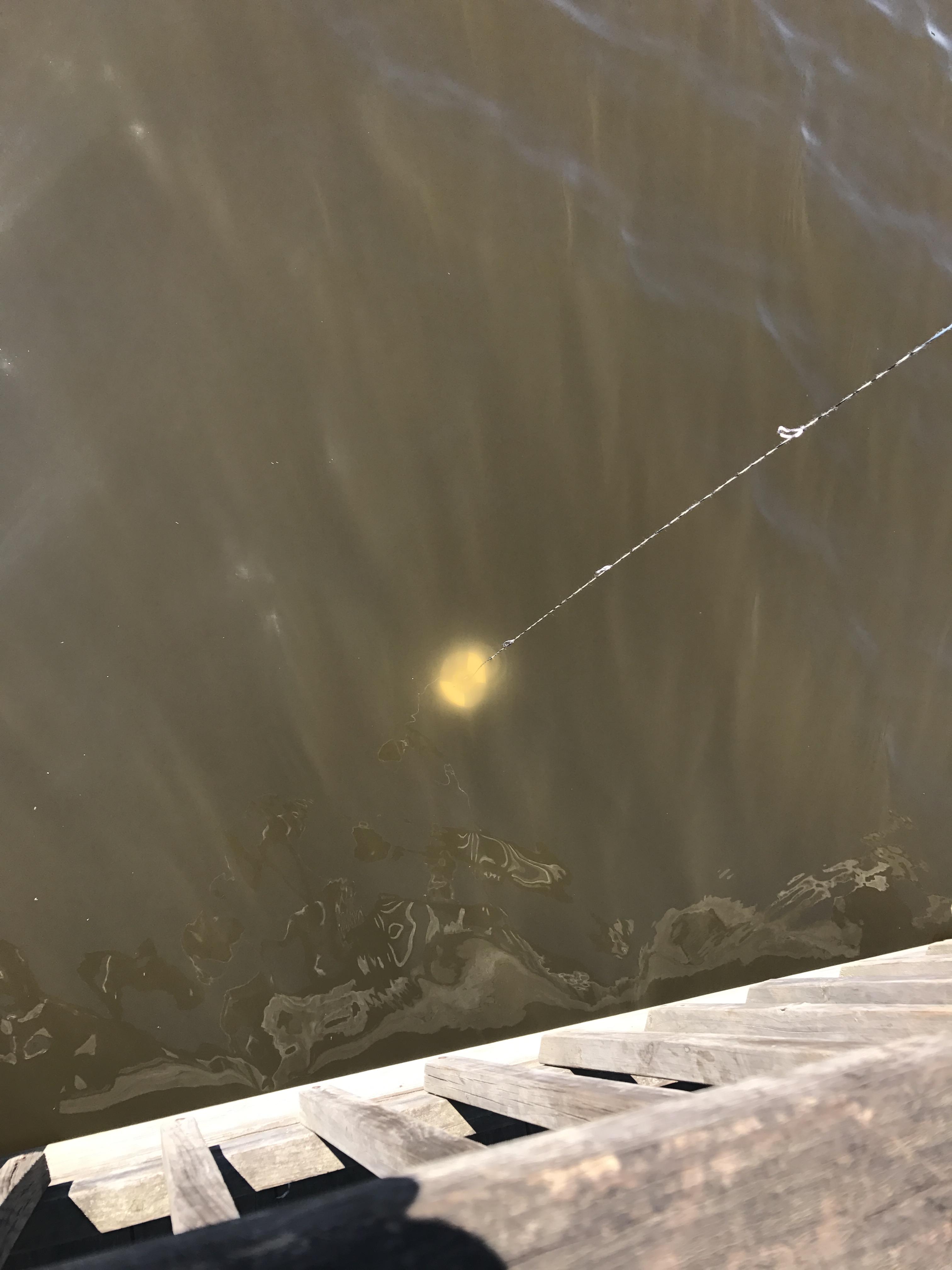 Figure 9: The device in action.