The Color Purple and Wikipedia 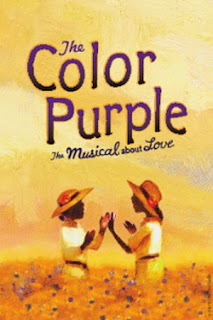 The 1983 recipient of the Pulitzer Prize for Fiction, Alice Walker’s The Color Purple (1982) has been produced as a major motion picture starring Whoopi Goldberg, Danny Glover, Margaret Avery, and Oprah Winfrey; as a Broadway musical starring Fantasia Barrino, Renee Elise Goldsberry, and Kingsley Leggs; and as a BBC 4 (domestic British Radio) radio broadcast starring Nadine Marshall. Each version–the novel, the movie, and the musical—has fairly developed wiki entries, making The Color Purple one of the more fully developed and diversely covered works on Wikipedia out of the 100 novels in our study.

Similarly, other novels have extensively developed Wikipedia pages lending a wide variety of information about an author’s work and its influence across broad cultural categories.  Other novels such as Native Son (1940) by Richard Wright, The Autobiography of Miss Jane Pitman (1971) by Ernest Gaines, and Dhalgren (1975) by Samuel Delany also have extensively developed Wikipedia pages.