Above is just one of the beautiful and fascinating graphics posted by L. Eckstein on AllMyEyes:

The stunning charts you see here were hand drawn and colored at the turn of the 19th century, by Sociology students at Atlanta University. Their professor at the time, African American activist W.E.B. Du Bois, was organizing the upcoming “American Negro” exhibit for the 1900 Exposition Universelle in Paris.

Eckstein draws on a website put together by Eugene F. Provenzo, Jr., a professor at the University of Miami. Provenzo quotes from Du Bois’s  autobiography, describing the project:

In 1900 came a significant occurrence which not until lately have I set in its proper place in my life. I had been for over nine years studying the American Negro problem. The result had been significant because of its unusual nature and not for its positive accomplishment. I wanted to set down its aim and method in some outstanding way which would bring my work to the notice of the thinking world. The great World’s Fair at Paris was being planned and I thought I might put my findings into plans, charts and figures, so one might see what we were trying to accomplish. I got a couple of my best students and put a series of facts into charts: the size and growth of the Negro American group; its division by age and sex; its distribution, education and occupations; its books and periodicals. We made a most interesting set of drawings, limned on pasteboard cards about a yard square and mounted on a number of moveable standards.

These early infographics offer not only a fascinating window into education and aesthetics in turn-of-the-century black higher education in the South, they also highlight how important circulating information transnationally could be for civil rights struggles. As Ida B. Wells had demonstrated just seven years earlier, with her anti-lynching speaking tours of Britain [PDF], getting information out of the South—and indeed, out of the United States—could be a vital part of such campaigns. (Abolitionists in the antebellum period frequently made similar transatlantic tours, as well.)

Given the language-barrier problems that could confront Americans at a global exposition in Paris, the highly graphic (and lightly textual) nature of so many of the posters indicates some careful thought about the politics of communicating information and capturing attention, which are so central to freedom struggles of all kinds.

Here are a couple more: 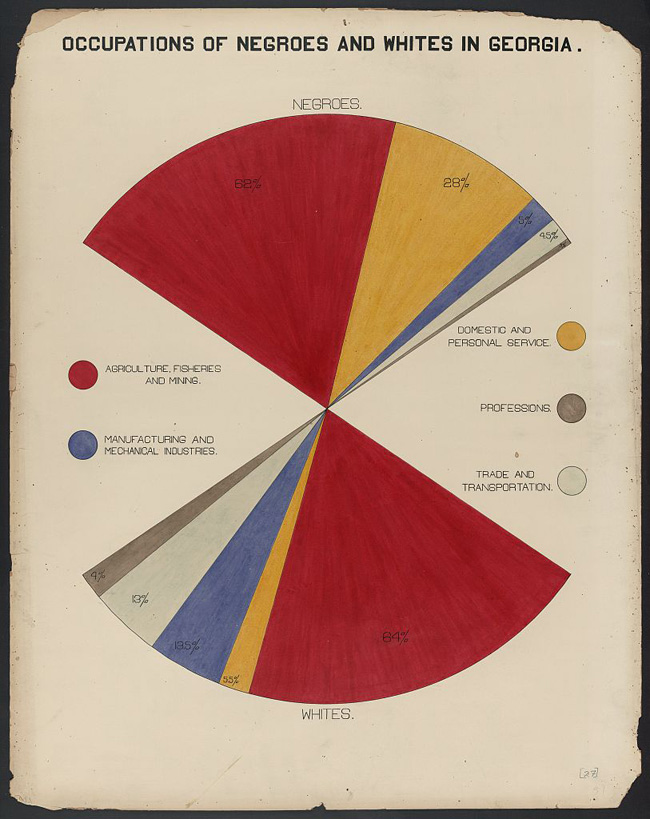 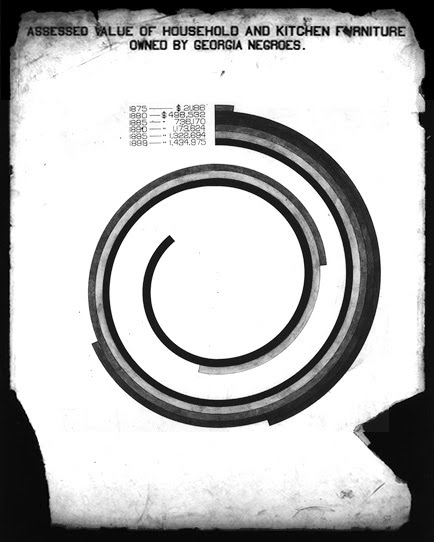 [re-posted from my other blog, bookmobility.]

Thanks for posting this.  It

Thanks for posting this.  It serves as a reminder of how active many scholars were as public intellectuals in the early 20th Century. Their ability and intent to speak to grassroots communities and policymakers was important, but unfortunately largely forgotten.   I don't think I've seen conference posters this clear or interesting... ever.

Eugene Jobs is the leading job board for hourly and skilled, and full- time and part-time jobs in Eugene. Find listings of Eugene Jobs across numerous job industries. Also, search upcoming job fairs in Eugene and meet prospective employers that are hiring. If you are interested in good jobs then view our site