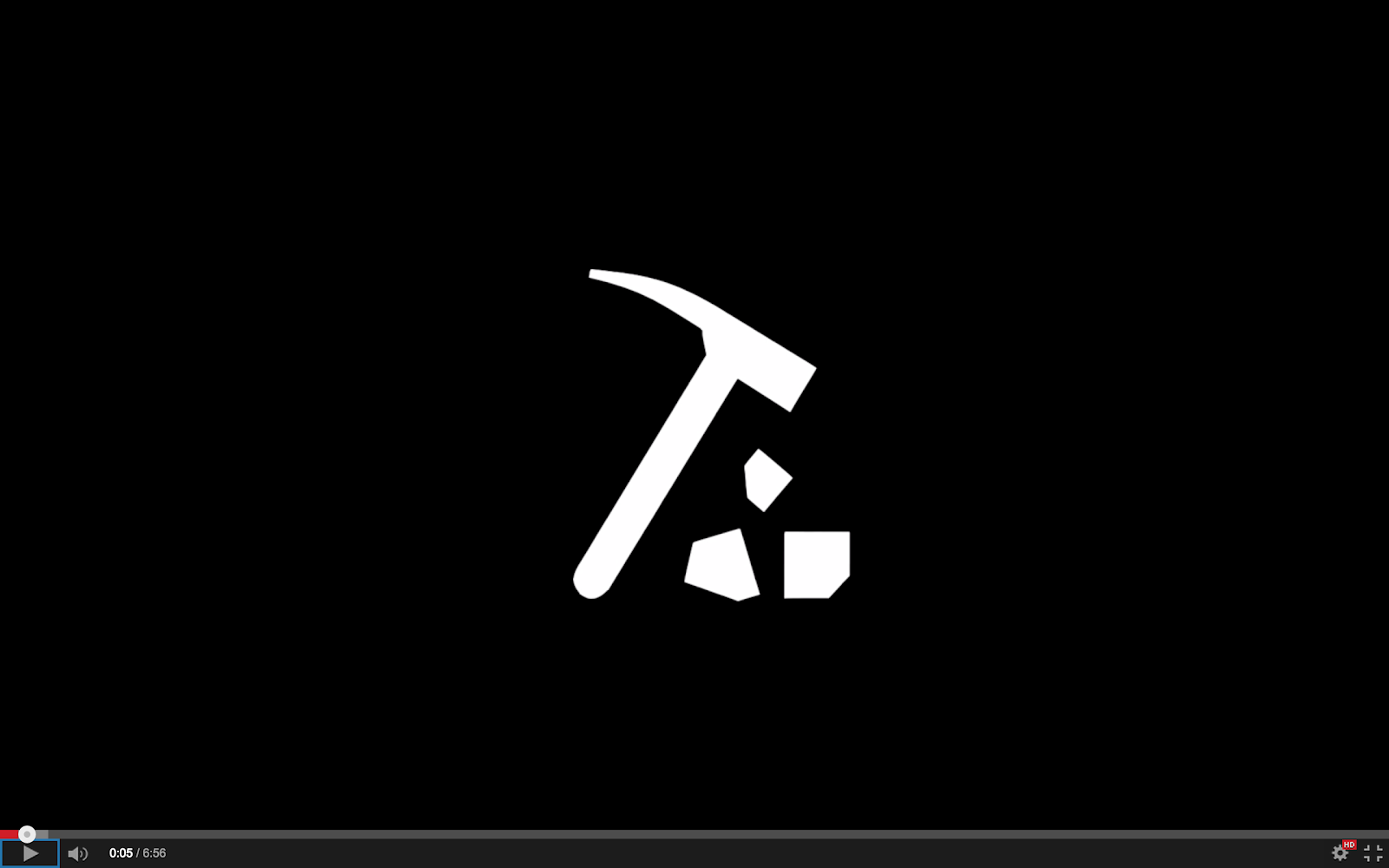 My final project is part documentary about digital labor and Facebook’s monetization model, and part infomercial and sales pitch for a hypothetical service, The Facebook Mining Cooperative.  I was originally attempting to create a website and mock program instead of a video, but I ended up deciding to use this medium for a number of reasons.  Besides the fact that I quickly found myself far out of my league in terms of coding ability, I thought that a video shared on Facebook and YouTube would be more accessible for potential viewers/“users” than nearly anything else.  Using a video also enabled me to include and arrange a number of other types of media in order to create a feeling about Facebook that I could then insert my (problematic) “service” into.  The service that I advertise takes the form of a software plug-in or browser extension.  The Mining Cooperative software would allocate a consenting user’s excess computer processing power to a distributed cryptocurrency mining network populated by the other users of this software.  This reallocation, however, would only occur when certain types of interactions are undertaken by the user.  In this case, the operative mechanism is the amount of “Facebook space” consumed, or, more simply, the amount of “scrolling down” through linearly-arranged posts that a user completes in any given session of Facebook use.  When a user chooses to take part in the cooperative, they will receive a dividend of the total quantity of cryptocurrency amassed by the network as a whole.  This compensation will correspond directly to the total “Facebook space” that a particular user has consumed, in essence attempting to “pay the user back” for the data that they’ve created.  The Facebook Mining Cooperative exists at the intersections of digital labor and data commodification, “subversive” or “disruptive” cryptocurrency economies, and neoliberalism’s conflictual internal logics of modularity and globalization.

For much of the still nascent history of social media networks and services, such as Facebook, users have been subtly (and not-so-subtly) coerced into divulging personal information to corporate and state entities, in exchange for continued “free of charge” use of these services.  A common adage in new media circles holds that if a service is free to use, then the user is inevitably the product being sold.  Any interaction with content (likes, reposts, click-throughs), any creation of data (crafting of information for personal identification, photos, status updates, book preferences, etc.), and, perhaps more shockingly, all the metadata synthesized from these interactions (such as the amount of time that a given piece of information remains on screen, and the idiosyncratic phrases and habits that characterize each user’s interactions with these services), is collected automatically by the provider of a given service.  All this data is packaged by user and demographic and sold to the highest bidder in order to facilitate more targeted, “efficient” models of advertising, surveillance, and capitalist production more generally.   The first part of my video outlines these structures using a montage of news footage, other materials found on Youtube regarding Facebook, and videos of users “mindlessly scrolling” through Facebook content.  The second part makes a purposefully half-baked attempt to “intervene” into these exploitative networks on behalf of their users. 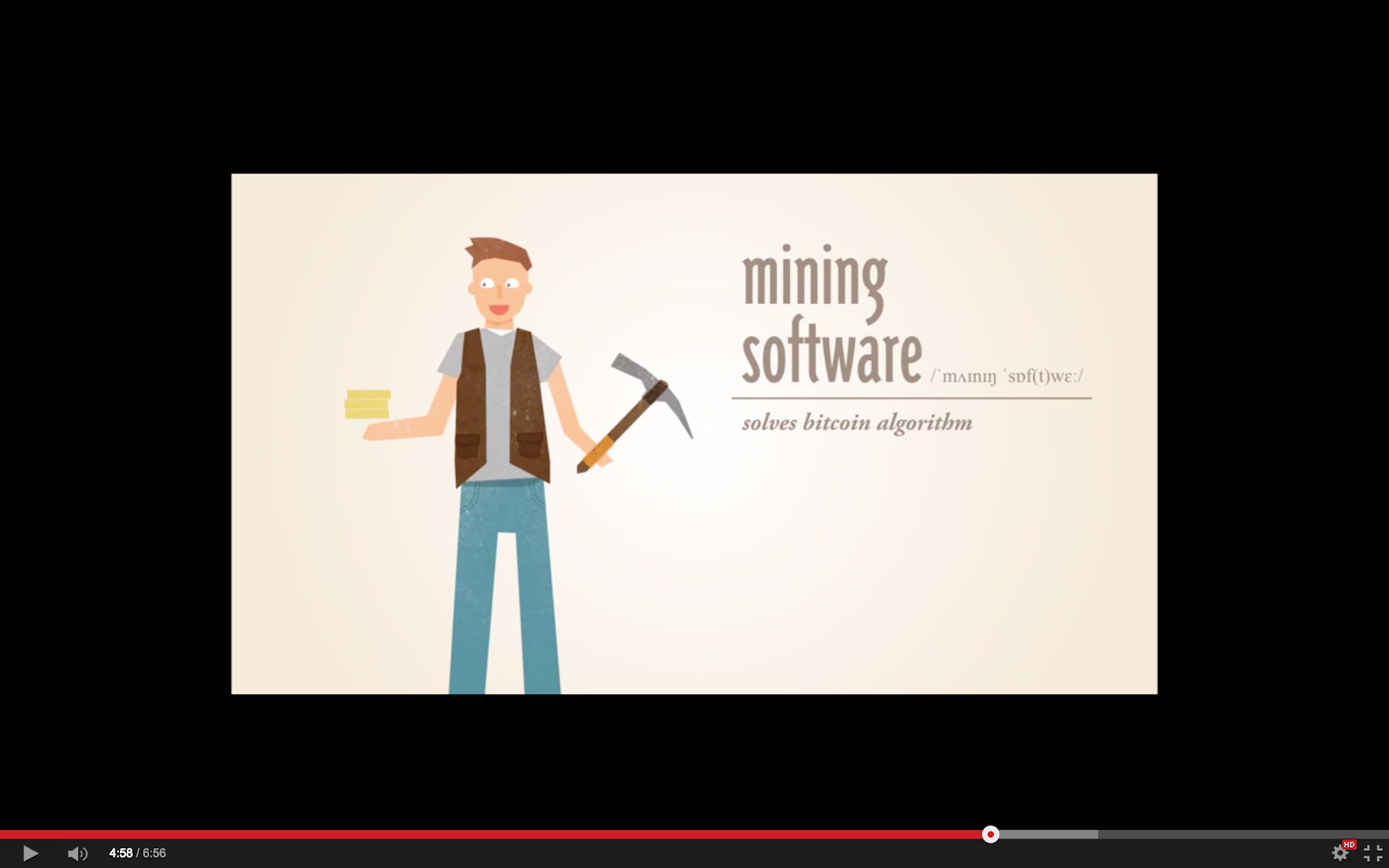 My project is both an intervention in, and a furthering of, these now-ubiquitous data commodification structures.  It is an intervention to the extent that it renders visible the surreptitious corporate action of creating value from the “free” exchange of formerly private information.  The Mining Co-op would, in a sense, counterbalance the flows of “free labor” by fusing the social media user, the machine that they use in order to access social media content, and the networked power of social media services themselves.  By leveraging the collective physical and processing power of millions of users and their machines, the mining network would kick back marginal profits to the members of the network.  In essence, they would all find a new way to be compensated for the “Facebook space” that they gloss and for the information that they grant to the service.  They wouldn’t actually be compensated directly for their data, of course, but the illusion would remain that there is some redemptive potential in taking part in the Co-op.  On one hand, this style of Facebook use (one that rewards scrolling over and above more conventional interaction with content) is in direct opposition to Facebook’s corporate goals.  When users make their way through content at an increased pace, an action emphasized by the procedural rhetoric of my proposed software, they are not taking action on the content that whirls by in the same manner as they previously would have.  They are implicitly limiting the amount of data that Facebook can possibly collect about them, besides, of course, the recognition of their increasingly rapid consumption of information.  As all the members of the Co-op take part in this procedure, they will collectively generate sums of cryptocurrency for their own reappropriation.  On the other hand, this is merely a new form of digital labor, akin to gold farming in World Of Warcraft.  The task of laboring for the Cooperative requires a great deal of time and repetitive action, while it also results in only modest to negligible profits for each user.  This software sits tremulously within hyper-privileged neoliberal discourses that herald “salvation” through the liberatory potential of the internet and, more specifically, through novel cryptocurrency mining and exchange services. The digital laborer is once more “co-opted” into producing exchange value in the capitalist market, although in this case they do receive some modicum of restitution for their actions. Using the Co-op’s software decreases the amount of personal enjoyment possible while on Facebook, as well as the amount of processing power available for other computing tasks.  While many are concerned about the nefarious uses of Facebook’s unprecedented store of personal information, we still tend to use the service with alarming regularity.  This can seemingly only be attributed to the service’s realized value in facilitating personal and social actualization and interaction--a value basically forgone by the “best members” of the Mining Co-op.  This “forced choice” is, I think, the cornerstone of my project.  Whether we only use Facebook, or we use it in conjunction with the Mining Co-op plug-in, we are the product being sold.  As we attempt to take back the monetary value of our data, we are forced to withdraw from the social and personal value that we can derive from it.  Either way, we are subject to the terms of one service or another and our labor is quantified, qualified, and exchanged on the “open” market.  The Co-op, in practice, simply ushers in one more thinly-guised neoliberal “race to the bottom.”  In addition to soaking up massive amounts of physical labor, electricity, and time, the system has the potential to create a semblance of anomie through the withdrawal from interaction that it presupposes.  There’s also a chance that additional programs would be created to scroll through Facebook automatically, or that individuals would purchase computers built specifically for this pooled mining task.  This would perfectly recreate the rigid inequality that has resulted from cryptocurrency infrastructures like the Bitcoin Exchange.  The Facebook Mining Cooperative questions any potential for radical change within inertial frameworks such as the burgeoning data economy.  The Co-op utilizes a tool, cryptocurrency, that drives fear into the minds of every conservative financier for its “disruptive economic potential,” as well as one of the most popular (and most profitable) social media networks of all time, in order to assert my belief that these will never be the tools of egalitarianism in any trenchant sense.  The Co-op embeds the act of digital labor thoroughly in the physical realm, as well as in a realm of social and digital interfacing that is usually perceived (by users and analysts alike) as frivolous, fun, or otherwise innocuous.  In doing so, I hope to make technological “spaces” like Facebook far more uncanny. 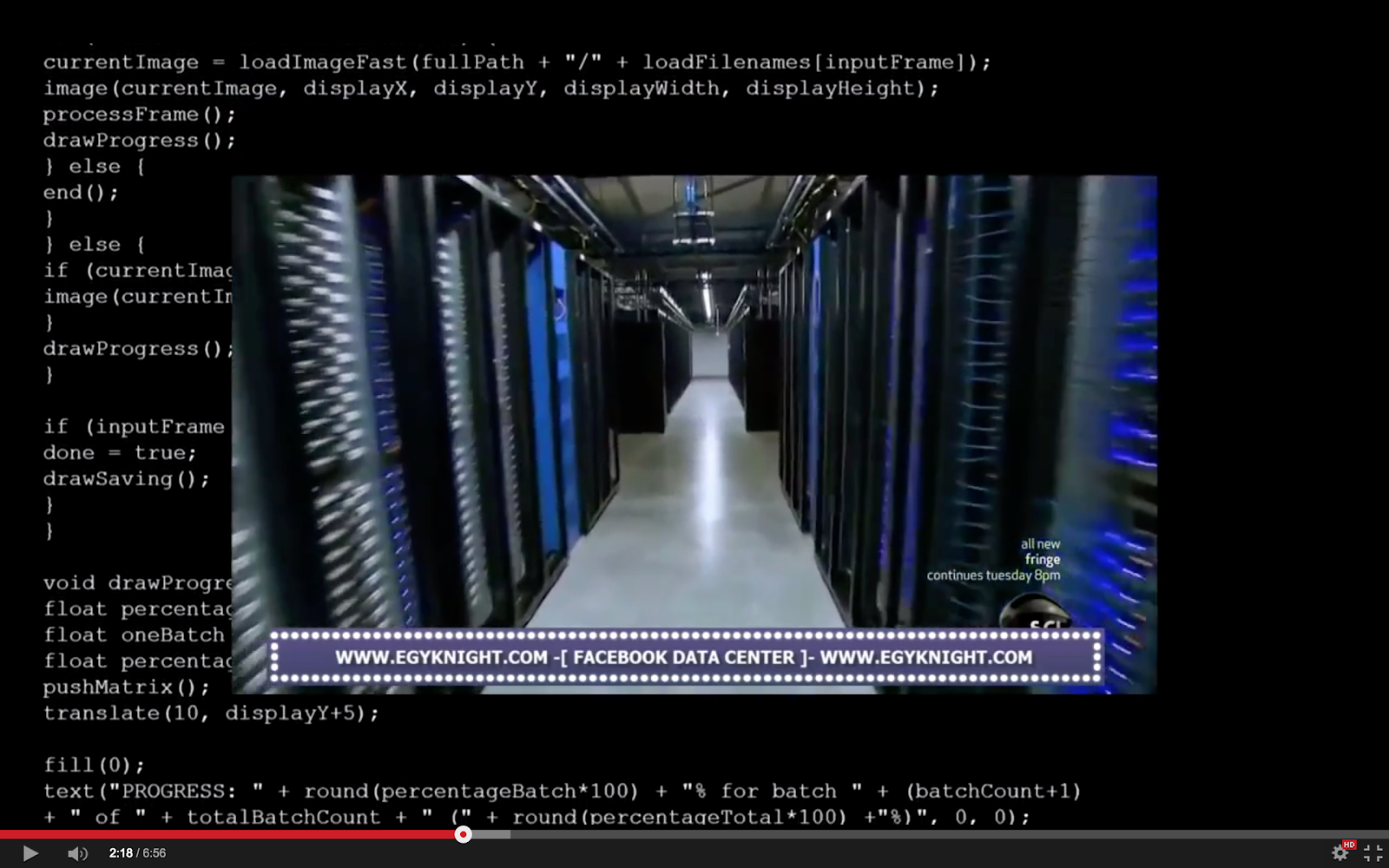 Users of the Mining Cooperative could take away a certain amount of power from Facebook by refraining from interaction with newsfeed data, this much is true.  But a user’s amount of digital and physical labor would likely increase as the program became more widely adopted.  Although they may have impacted profits created by Facebook, the Co-op’s members will not have significantly impacted the operations of global digital labor flows whatsoever.  I think that’s the comment that I would ultimately like to make.  Global financial markets are incredibly flexible and remarkably efficient in refashioning the asymmetries that define them, even (and especially) within the “liberated” realm of the “disruptive” digital economy.  This means that we need to find a new way of talking about and thinking about these technologies and their similarities with the old ones--about these newly recreated inequalities and our modern form of anomie, and about how these seem to be intense echoes of systems past.  We need to understand how flows of information mirror flows of oil, and how the stream of new technology is pumped from inhumane labor around the world.  We need to understand that nothing “new” has occurred in the world of finance that would impact the consolidation of resources by the few at the expense of the many.  I hope that this project can be viewed as a guide for seeing through neoliberalism’s friendly faces (such as corporate control of personal data and excessive use of “free labor” practices) and into the logics that these simple rebrandings employ.  No one wins in a “race to the bottom,” besides those who are already at the top.  We need to alter the course of the race itself and halt it in its tracks. 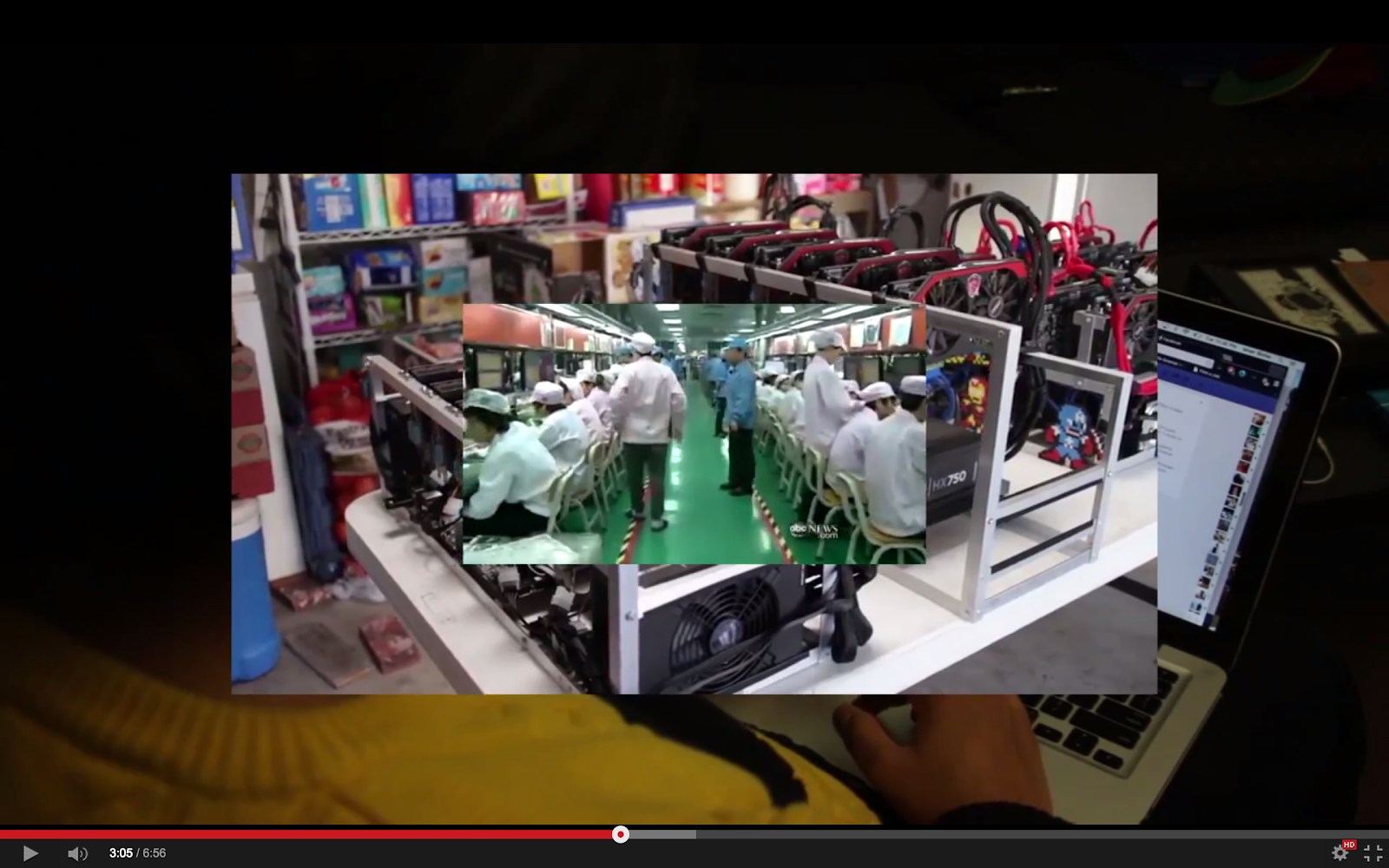 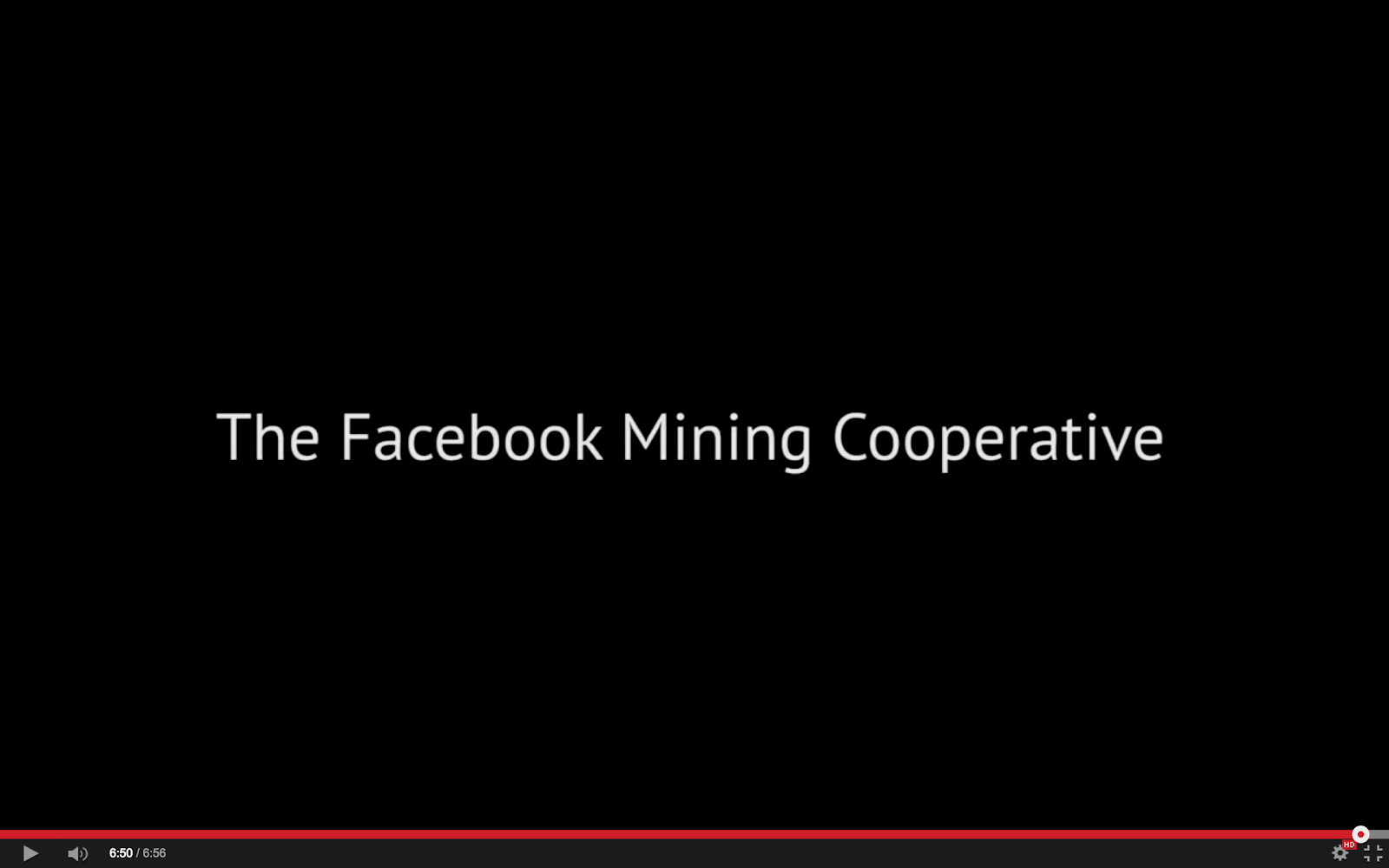