Dan is on the HASTAC Steering Committee, leads CenterNet, runs the Center for History and New Media at George Mason, is a co-developer of Zotero, ran Hacking the Academy, lead One Week, One Tool . . . what DOESN'T Dan do?   Congratulations to one of our most brilliant, innovative, and courageous leaders! 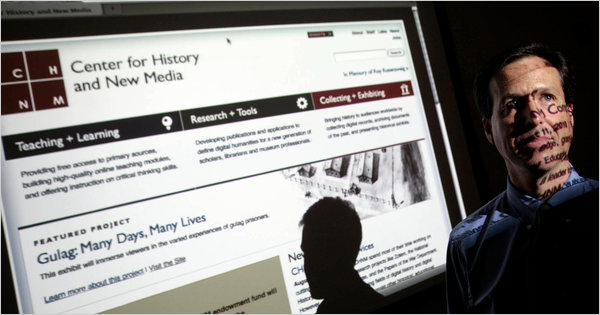 Dan Cohen, director of the Center for History and New Media at George Mason University, is among the academics who advocate a more open, Web-based approach to reviewing scholarly works.

For professors, publishing in elite journals is an unavoidable part of university life. The grueling process of subjecting work to the up-or-down judgment of credentialed scholarly peers has been a cornerstone of academic culture since at least the mid-20th century.

Now some humanities scholars have begun to challenge the monopoly that peer review has on admission to career-making journals and, as a consequence, to the charmed circle of tenured academe. They argue that in an era of digital media there is a better way to assess the quality of work. Instead of relying on a few experts selected by leading publications, they advocate using the Internet to expose scholarly thinking to the swift collective judgment of a much broader interested audience.