The following text is the result of a collaborative midterm exam in Professor Cathy Davidson's course at Duke University entitled English 173S/ISIS 125S: "This Is Your Brain On the Internet."  This essay was formulated online by 15 undergraduate students using a Google document to collectively organize and edit their thoughts to create a coherent and concise response as they answered the following question:

How have 21st century technologies changed the way(s) we think?
Here is what they came up with:

[note: please forgive any punctuation errors which typically result from copying & pasting from another document into the HASTAC blogging platform.  The illiteracy is the result of the website, not our brilliant students!]

In the last eleven years, new technology has revolutionized our world. From Google Chat to Facebook, and from iPods to Wikipedia, we now communicate in dynamic ways that never before were possible. But despite advances in technology, have we, as humans, truly changed? Has technology altered the ways our minds function? 21st century technologies have expanded the public space, but have not fundamentally changed the human thought process.

For example, ever-advancing technologies have expanded our access to music. Before Thomas Edisons invention of the phonograph in 1877, someone had to either learn to play an instrument or physically attend a live performance to experience the sound of music. After visiting The Record exhibit at the Nasher Museum of Art, our class learned about the transformation of music through technology, from voice to instrument to record. One exhibit in particular, Laurie Andersons Viophonograph created in 1976, creatively demonstrates this transformation. Anderson created a violin that plays a record of herself playing the violin live, ironically portraying the ability of technology to create music without the actual act of playing an instrument.  Suddenly the availability of music begins to expand.

In June 1999, Napster made its Internet debut. This peer-to-peer music sharing network revolutionized the availability of music. At the users fingertips now were millions upon millions of songs from well known, cult, niche, and unknown artists. Any music that anyone in the world wanted to post was available. This was the stepping stone for the digital music revolution, and paved the way for todays atmosphere in which almost any song ever made is available to anyone with a computer and Internet access. Even though the sheer volume of music has increased immensely, we as a population have not lost our connection to it. Every person still has their artist or their song, and we still give and receive suggestions for good music to listen to (although instead of sharing suggestions with a small group of friends, we post reviews and comments for the rest of the world to see). The ability to select individual songs and our ability to create playlists from those songs makes our music experience more personal than it ever has been because with the millions of songs, there are almost infinite possibilities for playlists. The playlist the user decides to make is inherently his or hers, and there is a low chance anyone else in the world made the same playlist with the same order. Hence, our playlists now act like our record collections used to: deeply personal representations of us as people.

Although our interactions with music have become easier and more frequent, our connection with the music has remained relatively unchanged. We are still defined by the music we listen to on an extremely personal level. In the same way that a persons stack of records says a lot about them, a persons iPods playlists can be just as descriptive. 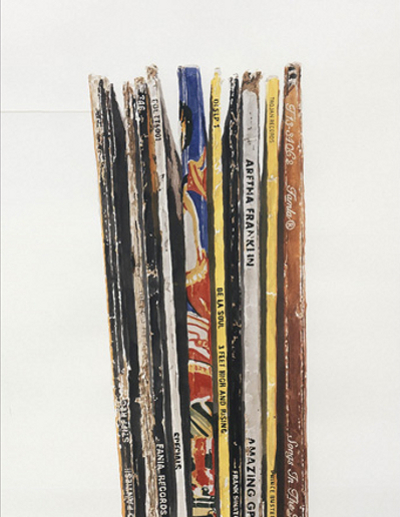 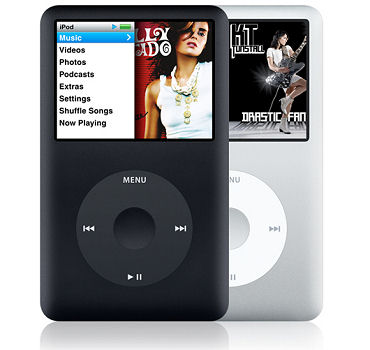 Just as technology has changed music, pokers migration to the virtual world has desensitized the way players experience the game. No longer are players prompted by instincts of human interaction, but instead by flashing numbers and blinking cards. The impact of huge losses and wins has been mollified to the difference of digits on a screen, so an aggressive young poker style has emerged from the youth whose quick-thinking digital brains contend against the older, deliberate ways. This online style has had an undeniable impact on the live game. Watch any broadcast of the World Series and you will see the older players and commentators grappling to understand why young players are making the plays that they make.

Yet despite this vast change in approach, the game is fundamentally the same; rather than a sharp shift away from universally-accepted methods, the game is now host to a diverse fusion of different styles. Online poker also opened up the space of skillful gaming to everyone, not just those wealthy or serious enough to travel to Vegas. With the click of a mouse, anyone can play online poker. This fits in with the general trend of the Internet: the public space has been expanded, but the fundamental human behavior and thought process has not changed. There is an increased availability of the game that has fomented an increased analysis and understanding. However, this supplemental analysis is not a fundamental change in human thought processes-- it is more indicative of the eclectic styles recently introduced to the game. We still think about poker---whether online or in a casino---the way we always have: a skill-based game with a strong element of luck that we are willing to play for different amounts of money based on our personal risk tolerance.

Similarly, until the recent evolution of 21st century technology, bullying had been largely limited in its definition as existing in physical, public spaces of interaction. But, given the technological strides of our society over time, the concept of this interaction is no longer as conventional as it once was. As a result of this, the concept of bullying has become more ambiguous as our conception of space has also expanded. This has become especially salient in operationalizing our definition of what it means to be a victim versus perpetrator in the realm of bullying. Despite the expansion and alterations in the definition of bullying, the new venues where bullying can take place, and the ambiguity of the victim versus perpetrator in many cyberbullying cases, the fundamental causes and effects of bullying remain constant.

At its heart, bullying occurs because of problems in society. Look to the Tyler Clementi case as an example. Clementi's roommates actions came about through homophobia. Although he used the anonymity of the Internet as a tool to bully Clementi, homophobia was the real cause of the conflict. One could argue that, even though the Internet is not a reflection of changes in the way perpetrators think, it could be changing the thought process of the victims. However, a victim of bullying or cyberbullying is hurt in either process and, fundamentally, their reaction will be the same to either form of attack. Online, the reaction may manifest itself differently because of access to anonymous and quick forms of communication. For example, Jessi Slaughters parents posted a furious response to their daughters bully through YouTube.

The Internet provided the Slaughters with a means of reacting to Jessis cyberbully, but they would have had a similar, angry response had the bullying been in person. Thus, while bullying through 21st century technologies may transform how we think about bullying and how we react to it, it has not changed the human thought process about bullying at a basic level.

The development of film is an example of how modern technologies provide us with new mediums to communicate ideas.  In other words, movies brought the combination of video/audio experience to the public space.  The film adaptation of the Diving Bell and the Butterfly is a profound example of this because it attempts to put the audience literally behind the eye of Jean-Do.  Rather than reading words from a page and using our imagination, we are subject to the limitations of only being able to see out of one eye simply by watching the movie, an effect which allows us to empathize with locked-in syndrome in a way that mere text on a page could not convey.

This diversification of media is an example of how we as humans rely heavily on social interaction and empathy; in the words of Gallese, we are mind readers.  The Internet now allows us to share these varied forms of media so that we can communicate, empathize, and benefit from the experiences of others. However, though these types of media allow us to exchange information in many different forms, it does not impact the way our brain interprets the information.  For example, the mirror neurons that are triggered when we watch a video of someone hurting himself are the same as if we had actually seen it happen in person.  Thus, technological innovation has greatly expanded the public space in that it allows us to share our experiences (i.e. post a video of someone hurting himself), but it has not changed our thought process when we witness and empathize with the victim.

In the same manner, the story of Jean-Dominique Bauby as told in The Diving Bell and The Butterfly illustrates the extreme measures humans will take in order to share their thoughts with others. In doing so, Baubys story defines humans to be inherently social creatures. The development and increasing use of the Internet has enabled humans to share their thoughts with an extensive audience at an unprecedented level, therefore being an enabler of human expression. While extensive blogging and sharing on social networking sites is very different from communicating with simple blinks of an eye as Bauby did, both actions demonstrate humans intense drive to be social. Our online exchanges are very different too, in the fact that all of Baubys sentences and thoughts were carefully crafted and organized but the quickness and brevity of Internet communication allows for less preparation. Even though our way of communication has changed slightly because of the Internet, the human thought process and motivation has not been significantly altered, as we are still driven by our social nature.

Certainly there exist solid arguments against the claim that technology has not altered the human thought process. Indeed, mirror neurons (brain cells that fire both during execution and observation of a particular action) may provide a useful system for efforts to identify differences between human social interactions offline and online. Mirror neurons are involved in face-to-face interactions and allow for human empathy, the ability to understand the perspectives and intentionality of others. Because online spaces do not allow humans to interact face-to-face, we may conclude we might have reason to believe that the human empathy, due to the existence of human neurons, is different offline and online. It could be that genuine empathy is something that only develops fully in person, and that subtle aspects of the physical presence of others (perhaps facial expressions and body language) are required for us to fully embrace and understand their perspectives.

In conclusion, if theres one lesson to be learned from looking at the relationship between technology and people, it is that the influences that 21st century technologies have upon our world are limitless. From music downloads to locked-in syndrome, to cyber bullying to online poker--it is difficult to name any  other phenomena besides 21st century technologies that have such widespread influences upon todays world. No other phenomena indeed  has such universal effects upon humans, except perhaps for the very nature of humanity itself.